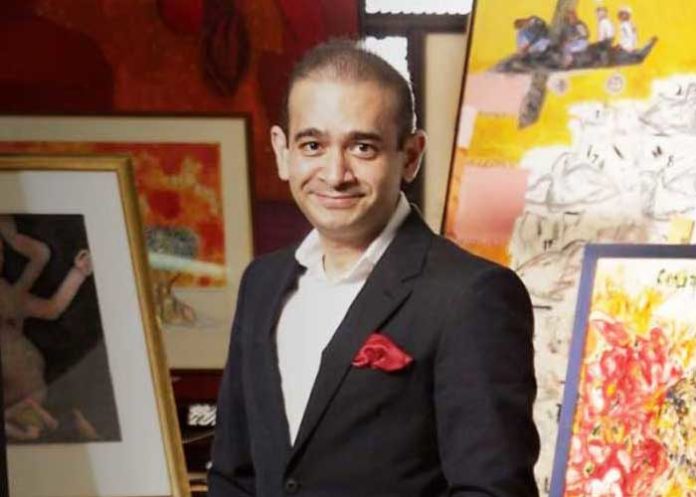 In a blow to fugitive diamond jeweller Nirav Modi, the Enforcement Directorate on Tuesday said the Singapore High Court has ordered freezing of a bank account of Rs 44 crore related to his sister Purvi Modi and her husband Maiank Mehta.

A senior ED official told: “The Singapore High Court has ordered the freezing of the balance of $6.122 million (Rs 44.41 crore) in the bank account maintained in Singapore by Pavilion Point Corp, British Virgin Island, a company beneficially owned by Maiank Mehta and Purvi Modi on our request.”

The ED, which is investigating Nirav Modi in the Punjab National Bank fraud case, said it believed that deposits in the bank account were made from proceeds of crime illegally siphoned off by Nirav Modi from the state-run Indian bank.

Nirav Modi is currently in a London jail.

The bank account was attached by the ED under the money laundering act.

Last week, the ED attached four bank accounts of Nirav Modi and Purvi, a Belgian national, with a balance of Rs 283 crore as part of its investigation into the Rs 13,500 crore PNB fraud.

The ED action comes months after it filed a supplementary chargesheet against Nirav Modi’s wife Ami Modi, a US national, for being the beneficiary of alleged purchase of two apartments at Central Park in New York using $30 million of money which her husband allegedly obtained fraudulently from PNB through Letters of Undertaking and Foreign Letters of Credit.

Nirav Modi and his uncle Mehul Choksi are under investigation by both the CBI and ED. Choksi is now believed to be in Antigua.  (Agency)