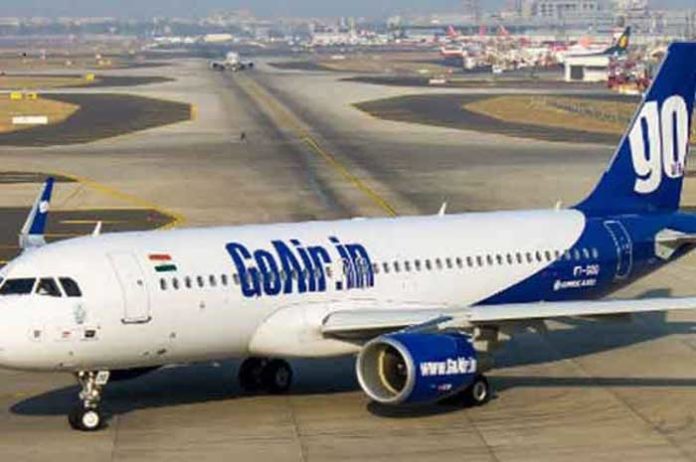 Budget carrier GoAir has suspended its operations for 28 days in some northeastern states in view of coronavirus scare and ensuing travel restrictions, officials said on Wednesday.

“The proposed flight between Delhi and Aizawl, which was announced to be introduced by the GoAir authority from March 29, has been put off and would be re-scheduled once the situation is normal,” the official said in Aizawl.

He said that the state government has not yet received any communication from the authorities of Air India and IndiGo, which also operate flights from Aizawl, about possible suspension of operations.

GoAir, which operates flights to Dammam, Kuwait, Muscat, Abu Dhabi, Dubai, Bangkok, Phuket and Male, has suspended all its international operations from Tuesday till April 15.

Mizoram Health Department officials said in Aizawl that 153 people were quarantined at their homes across the northeastern state, of which eight have since been discharged on completion of 14-day observation period.

Meanwhile, Airport Authority of India Regional Executive Director (NER) Sanjeev Jindal said in Guwahati on Wednesday that screening of passengers — including by infrared thermometers — was undertaken at the Lokopriya Gopinath Bordoloi International Airport and at 12 other airports in the northeastern states.

The Bordoloi airport in Guwahati is the only one in northeast to operate flights to Singapore and Bhutan.

He told IANS that following the standard operating procedure (SOP) received from the central government, special screening and testing counters have been functioning at all northeast airports for the past several weeks.

Tripura Chief Secretary Manoj Kumar said in Agartala that even though no positive Covid-19 case has surfaced in eight northeastern states so far, a close vigil was maintained in border areas in the region.

He said that despite two advisories, public gatherings are still being held in Tripura. “The District Magistrates have been instructed to issue appropriate orders under Section 144 of the CrPC to restrict gatherings of people,” he told the media.

Most educational institutions, swimming pools, anganwadi centres, cinemas, and gymnasiums have been ordered closed in most northeastern states until March 31. State authorities and NGOs have launched a public awareness campaign on precautionary measures against the dreaded coronavirus.  (Agency)