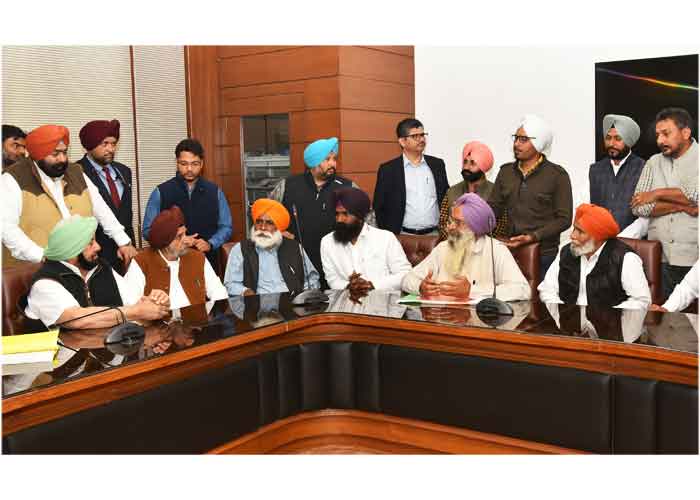 Punjab Chief Minister Captain Amarinder Singh on Tuesday met the families of the victims of the Behbal Kalan incident, and promised that investigation into the case would be taken to its logical conclusion and those found guilty would be punished.

Reiterating his government’s resolve to ensuring justice for the victims’ families, the Chief Minister assured them that the Special Investigation Team (SIT), entrusted with the probe after it was withdrawn from CBI, would get to the bottom of the case.

All the culprits involved in the heinous crime of sacrilege of Sri Guru Granth Sahib would be brought to book and those responsible for the deaths of innocent people would be duly punished, he said.

In response to concerns expressed by the families, the Chief Minister assured them that the probe by the STF would be completed in a time bound manner. He also agreed to visit Behbal Kalan soon.

These include boundary wall and flooring of the community hall, carpeting of existing three kilometer stretch of kacha road from village Sarawan to Matta, besides upgradation of infrastructure in local Dana Mandi.

Captain Amarinder promised to get all these pending development issues addressed on priority.