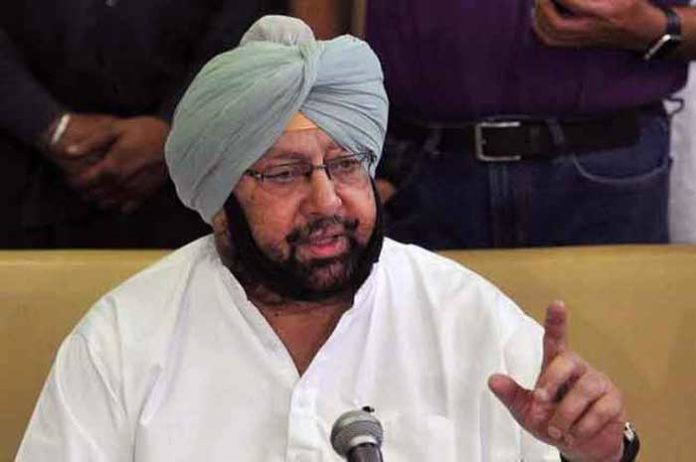 Punjab Chief Minister Captain Amarinder Singh on Tuesday said the public reaction to the Constitutional Amendment Act (CAA) had to be expected since the BJP government at the centre was trying to destroy India’s cherished constitutional and social fabric through this draconian legislation.

Responding to a question from mediapersons while informally interacting with them outside the Vidhan Sabha, the Chief Minister said the BJP-led central government had failed to factor in the possible reaction of the people in its plans to impose the CAA, as well as the NRC and NPR, on the nation.

Naturally, there had to be a reaction to the Centre’s attempt to trample over the country’s democratic ideals of socialism and secularism, he said, adding that the people’s angst would not end but would only grow bigger till the central government realised its mistake and withdrew the legislation.

Asked about the Centre’s decision not to invite Congress President Sonia Gandhi to the banquet hosted for the visiting US President, Captain Amarinder described it as unfortunate and said such a thing had never happened under Congress governments.

Replying to another question, he said the Delhi Chief Minister should have been invited for the US First Lady’s visit to Delhi schools. Though he was not a supporter of AAP policies, it was customary for the chief minister to be invited when a VIP, such as US President Donald Trump, was on a visit and his wife was going to a school of that state, he said.

Asked about the probe into the drugs charges against former SSB member and Akali leader Anwar Masih, Captain Amarinder said the investigations were in progress.

On the demand of cancelation of PPAs with private power companies, the Chief Minister said that closing down the plants might not be a feasible alternative but his government would renegotiate the agreements. Though he had announced his government’s decision to bring out a white paper on the PPAs signed by the erstwhile SAD-BJP government in the monsoon session of the Assembly, his government was working on trying to present it before the House in the current budget session itself, he added.

“Wait for my speech tomorrow in Vidhan Sabha,” the Chief Minister quipped, on being asked about the smart schools in Punjab.