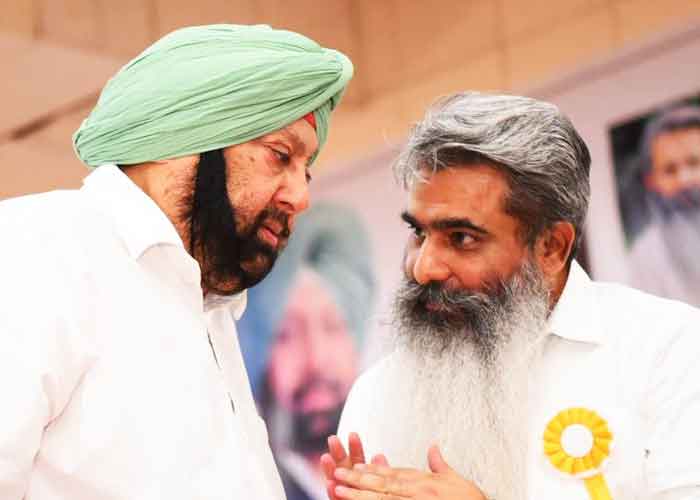 Punjab Chief Minister Captain Amarinder Singh on Tuesday completely trashed former Ludhiana DSP’s charges against Cabinet Minister Bharat Bhushan Ashu, saying had someone like Balwinder Singh Sekhon made such charges against a senior commander in the Army, he would have been court martialled and dismisses by now.

Reacting to former DSP Sekhon’s allegations against the Food, Civil Supplies and Consumer Affairs Minister, which were raised by some opposition members in the house a day earlier, the Chief Minister said the former was only trying to conduct a media trial with his baseless charges.

Unfortunately, this was not the army and Sekhon could not be court martialled, said Captain Amarinder, asserting that if the departmental inquiry currently in progress against the ex-DSP finds him guilty, he (the Chief Minister) would personally ensure the officer’s dismissal under Article 311.

Ashu had already been given a clean chit at every level, by the TADA court and other courts, Captain Amarinder pointed out, adding that all cases referred to by Sekhon had been scrutinised through judicial processes and no fresh evidence had been filed by the DSP. Pointing out that Ashu was just 19 when his parents were killed, the Chief Minister said TADA cases against him were examined by the Commission set up by the then Akali government and Ashu was duly exonerated.

Responding to Leader of Opposition Harpal Cheema, the Chief Minister later said Ashu had mentioned all these cases in his election affidavits.

“This man (Sekhon) was thrown out of police force and even dismisses from duty on many serious charges. But he was reinstated later, and he is now making charges against my minister,” said the Chief Minister, questioning the former DSP’s locus standii in making any statements or allegations against Ashu.

Describing Ashu as a competent minister who had the difficult charge of handling food security, the Chief Minister said the state’s godowns were full and the minister was trying to solve these issues of plenty.

On SAD member Bikram Singh Majithia pointing out that cases had been opened against Akali’s Valhota after 32 years, Captain Amarinder quipped, “Then why not initiate a case against Parkash Singh Badal who had torn copies of our Constitution?”

In his statement earlier, the Minister said having come from the Army himself, he knew the importance of discipline, and Sekhon’s statements amounted to gross indiscipline, which would have been punished with court martial in the armed forces.

The sections under which the DSP had been suspended and chargesheeted in the past were derogatory sections for any officer of a disciplined force, said Captain Amarinder, reading out the various provisions of the law under which action had been taken by his government against Sekhon in December 2019.

It may be recalled that Balwinder Singh Sekhon DSP, 1st CDO Battalion, Bahadurgarh, Patiala was placed under suspension on account of his unauthorised absence from duty and conduct and behaviour unbecoming of an officer being member of disciplined force. A Charge sheet, as specified in Clause (v) to (ix) of rule 5 of the Punjab Civil Services (Punishment and Appeal) Rules 1970, was served to the delinquent officer on February 19, 2020.

Further, as per record, 5 criminal cases were registered against Balwinder Singh Sekhon, (4 cases in 2002 and 1 case in 2015 by SAD-BJP Government), and he was dismissed under Article 311 in 2002 for indulging in corrupt practices and his connections with bad elements, the Chief Minister pointed out, citing past cases against the former DSP.

Later, talking to mediapersons outside the House, the Chief Minister said the issue was being raised by the Akalis after all these years purely for political reasons. “Why did they (Akais) not reopen the cases during their regime if they felt there was something in it?” he asked.