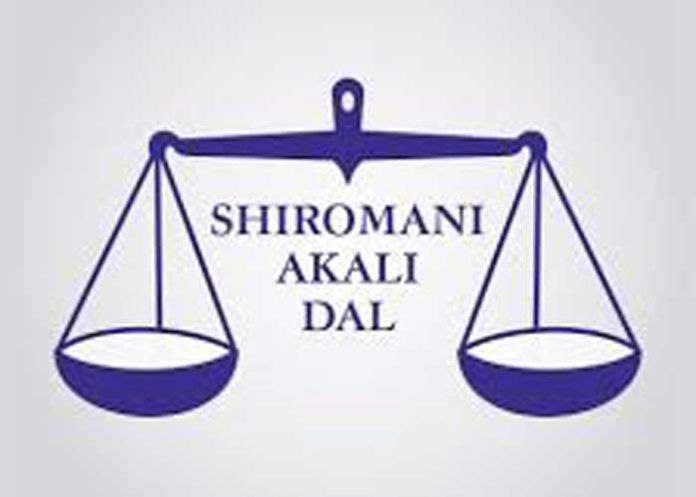 In a statement, Senior SAD leader Prof. Prem Singh Chandumajra said chief minister Captain Amarinder Singh should not adopt double standards by protesting the charging of $ 20 by Pakistan and simultaneously make pilgrims pay Rs 20 for getting their forms filled for the pilgrimage.

The SAD leader said on the one hand the chief minister was urging Pakistan PM Imran Khan to waive off $20 service fee being imposed on pilgrims, but at the same time his own government was charging pilgrims Rs.20 per person for filing their application forms. “It is better you first practice what you preach”, Prof Chandumajra told the chief minister.

The SAD leader said charging Rs.20 from pilgrims for filing their application forms for visiting the holy gurudwara in Pakistan showed the ‘aastha’ with which the Congress government was celebrating the 550th Parkash Purb of the founder of Sikhism.

“Helping the citizens is the constitutional duty of every state government, but the Congress government does not want to do this pious job for free even on the eve of Parkash Purb celebrations,” Prof Chandumajra said while referring to the government’s argument for charging Rs. 20 only from those who could not fill the online form and preferred to take government help in filling it.

Asking the Congress government not to levy the service fee on the same pattern as Pakistan, the Akali leader said the fee should be revoked immediately. He said the chief minister should also use his good offices even at this stage to get the $ 20 service fee proposed to be charged by the Pakistan government revoked.

“If this cannot to done then the Punjab government should take the responsibility of paying this fee on the pattern of other State governments”, he added.