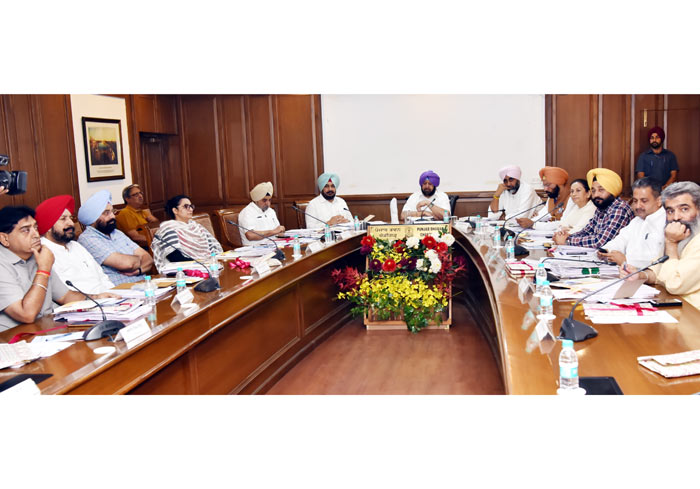 In a bid to revive sick rice units, the Punjab Council of Ministers on Monday approved a Dues Recovery & Settlement Scheme 2019-20 for the state’s defaulting rice millers, paving the way for the recovery of a significant portion of the Rs 2041.51 crore outstanding against them on various accounts.

Disclosing this here today, a spokesperson of the Chief Minister’s Office said that the millers in default, up to and including crop year 2014-15, shall be eligible to take benefit of this scheme. However, the scheme excludes defaulters who had availed of the OTS scheme of September 2017.

In the case of undelivered rice pertaining to crop years 1994-95, 2001-02 and 2009-10, the millers would be charged for balance rice as per Schedule 1 prescribed in the scheme. However, for crop years up to 2014-15 (i.e. other than crop years mentioned above), the defaulter miller shall be entitled to claim benefit of quantification of sums due as per the same terms, only in the event that the default by the miller is on account of reasons that cannot be solely attributed to the miller or were beyond the control of the miller, as per recommendation submitted by the District Committee.

A detailed Standard Operating Procedure (SOP) for settlement of claims under this scheme would be issued by Director Food & Supplies. The letter for the Final Settlement of account shall be issued by Controller Food Accounts (CFA) after the receipt of 100% of the payment from the miller and completion of all the formalities of the SOP.

A miller against whom decree or arbital award has been passed and its execution proceedings are going on shall also be covered under this scheme, only on the recommendation of the concerned district committee that the recovery of the amount is not possible through execution, sale of assets or as arrears of land revenue.

It may be recalled that the government had recovered Rs. 32.40 Crores against outstanding principal amount from millers through the One Time Settlement Scheme (OTS) issued during September 2017, which had remained operational for six months.