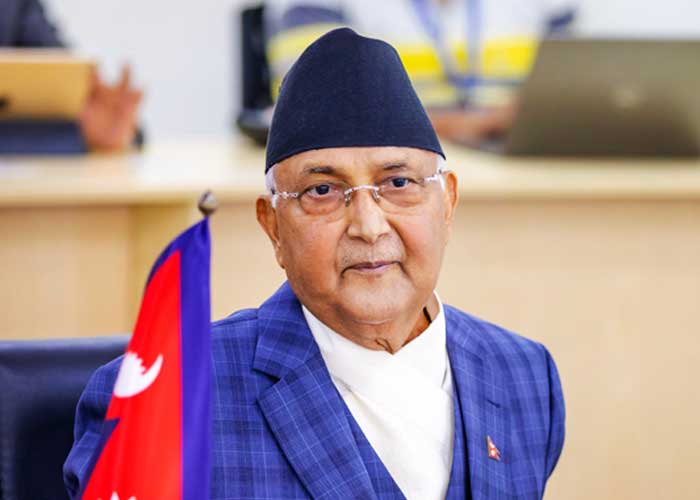 Nepal Prime Minister K.P. Sharma Oli has claimed that India has created a ‘fake’ Ayodhya, and Lord Ram was originally from Nepal — a shocking statement that has come at a time when India’s diplomatic ties with the Himalayan nation is going through certain upheavals.

Leading Nepali media outlet The Himalayan Times reported on Monday that Oli, while speaking at an event organised to commemorate poet Bhanubhakta‘s birth anniversary in his official residence, said that India is manipulating cultural and historical facts by creating a fake Ayodhya in India, which in fact is a village west of Birgunj.

“We did not give Sita, who was born in Janakpur, to an Indian prince but Sita was married to Ram of Ayodhya, not of India,” he said, adding that Ayodhya was later created in India encroaching upon facts.

He ‘reasoned’ that a prince from a place that far away could not possibly come to Janakpur to marry Sita as there were no means of communication and easy transportation during those times.

“There is a huge controversy in ‘their’ Ayodhya while our Ayodhya, that lies in the Thori village, has no issues as such.”

ALSO READ:
‘Only one Ayodhya and it’s in India’: VHP hits back at Oli

PM Oli, as usual, went on to claim that science and knowledge originated and developed in Nepal.

The statement, however, did not seem to have gone down well at his own backyard. The Himalayan Times further reported that not many in Nepal were convinced by the Prime Minister’s take on the ‘facts’ and warned that the issue could escalate, inflating the existing tensions further.

Co-chairperson of Rastriya Prajatantra Party Kamal Thapa said it is not suitable for such baseless, unproven statements to come from a Prime Minister.

“It looks like the PM wants to further spoil Nepal-India relations rather than working to resolve tensions,” Thapa tweeted.

The town of Ayodhya in India’s northern state of Uttar Pradesh, believed to be the birthplace of Lord Ram, is a politically sensitive matter.  (Agency)