Home Punjab Inculcating Gandhi’s qualities shall be the fittest tribute to him: Chandigarh Advisor Manoj Parida 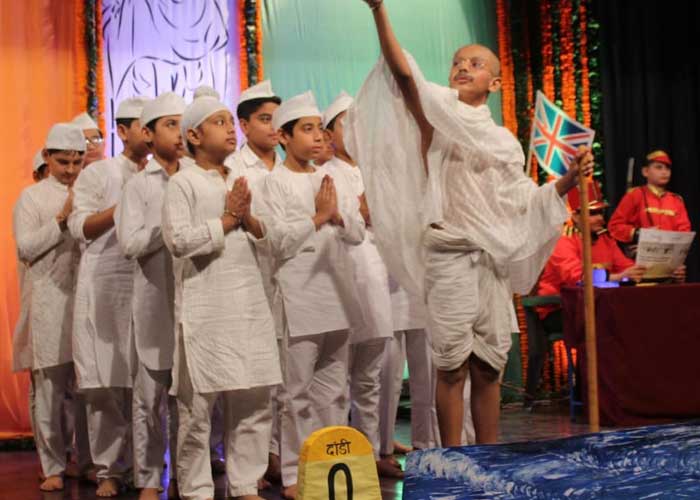 The best tribute that the younger generation today can pay to Mahatma Gandhi is to emulate atleast one of his numerous qualifies, said Shri Manoj Parida, Advisor to the Administrator of UT, Chandigarh, addressing the students and teachers of the Bhavan Vidyalaya, Chandigarh, here today.

He was speaking on the concluding function of the celebrations of 150th birth anniversary of Mahatma Gandhi at Bhavan Vidyalaya Chandigarh.

Inspiring the young boys and girls and invited audience, Shri Manoj Parida recalled some of the life-changing moments of Mahatma Gandhi’s life and said that Gandhiji stood out and the entire country followed him only because of his unwaving and unsurpassed commitment to truth, his steadfastness to righteousness, and his original visionary ideas that brought freedom to the country.

He earlier recognized 27 children and four teachers of Bhavan who went to Gujarat recently and did 110km stretch on cycle from Surat to Dandi and back, to learn and discuss the values of truth, nonviolence and cleanliness that Gandhi ji stood for.

Complimenting the school, Manoj Parida said that this event would certainly remain memorable in the hearts and minds of the children who participated in this trip to Dandi.

He shared moving anecdotes of the Mahatma’s life and spoke of how Gandhiji influenced the life of our nation through his two potent weapons, truth and non-violence that made the Britishers to free India.

The greatest responsibility on the younger generation, he said, was to follow his teachings ardently to create a better future for this country, and the world.

Chairman of the Chandigarh Kendra of Bhartiya Vidya Bhavan, Shri Rajendra K Saboo, recounted his four encounters with Mahatma Gandhi during his childhood that left an indelible mark on his life.

The programme began on a tranquil note with students rendering soulful bhajans reminiscing the man and his mission. As the audience swung to the notes of ‘Vaishnava Janto’ and ‘Sabarmati ke Sant’, the students also enacted the Dandi March episode of Mahatma’s life.

Senior Principal of the school Vineeta Arora outlined various activities that the school undertook during the year to commemorate 150th birth anniversary of Mahatma Gandhi right from the design of a diary by students to various other competitions, Model United Nations, to trip to Dandi.