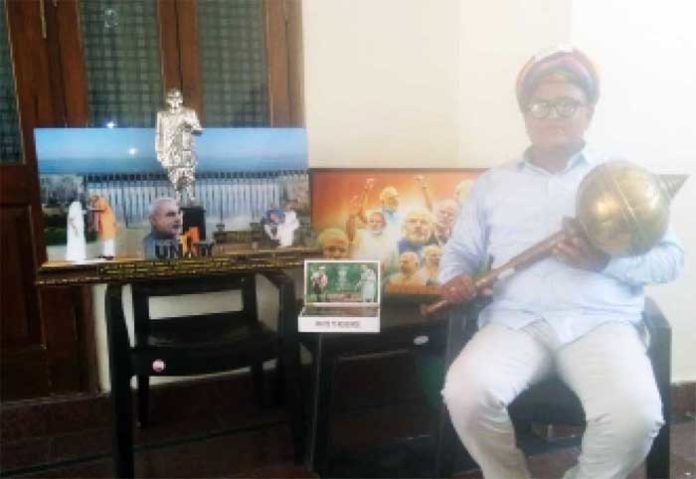 A leader of a Hindu outfit has said he wants to gift over 400 items related to Prime Minister Narendra Modi that he acquired at an auction to all MPs of the new BJP-led NDA government.

Yadav said he paid lakhs of rupees to buy the items that were presented to Modi at various events during his first term as Prime Minister from 2014 to 2019.

About 1,600 items were presented to Modi at his political rallies and events during this period.

“After the recently-concluded parliamentary election, I want to present one item to all MPs of BJP and its allied parties in the current NDA government,” Yadav said.

Yadav said that he even borrowed money from his family members and relatives after he learnt about the auction organised by the Prime Minister’s Office.

Apparently, such an auction was held for the first time to sell items gifted to a prime minister of India for charity.

The money generated from the auction is to be used for charitable causes such as the ‘Namami Gange’ project to clean up the Ganga.  (Agency)