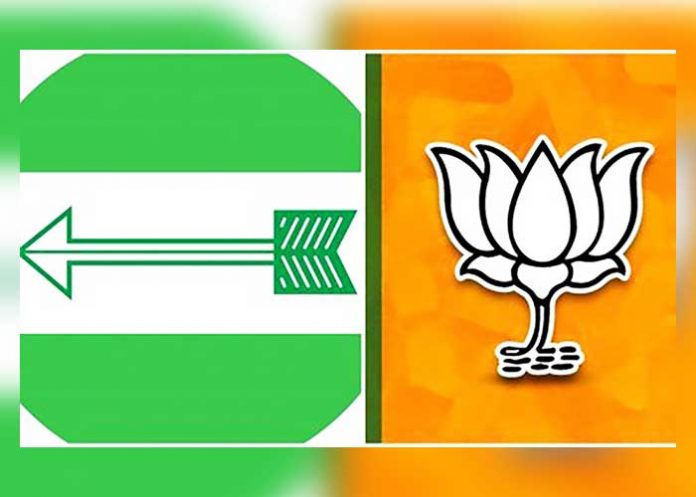 New Delhi, Oct 25, 2020-
More than 60 per cent Bihar voters think that post elections BJP and JDU will have a tussle over the Chief Minister post, if the BJP wins more seats.

As per the IANS ABP-Cvoter opinion poll on Bihar state elections released on Saturday, more than 60 per cent Bihar voters foresee a BJP-JDU tussle over the CM post.

As per the opinion poll, BJP is emerging as the single largest party much ahead of Chief Minister Nitish Kumar led JD-U.

As per the opinion poll data of Bihar state elections released by ABP-CVoter today, Nitish Kumar led NDA comprising JD-U and BJP alliance will get 135-159 seats in the assembly elections, getting a clear majority.

The BJP will be the largest party in the assembly as per the opinion with 73-81 seats while JDU will get between 59-87 seats.

60.9 per cent voters believe that there will be a tussle between the alliance partners, BJP and JDU while 39.1 per cent feel otherwise.

Nitish Kumar has been projected as the face of the campaign and the CM candidate.

The poll sample size is 30678 and the period of the survey is October 1-23. The total tracker sample size is 60k plus in last 12 weeks. The methodology is covering all 243 Assembly segments and the margin error is +/- 3% at State level and +/-5% at regional level.

Data is weighted to the known Census profile, including Gender, Age, Education, Rural/Urban, Religion and Caste apart from the voting recalls for last Lok Sabha and Vidhan Sabha elections. (Agency)