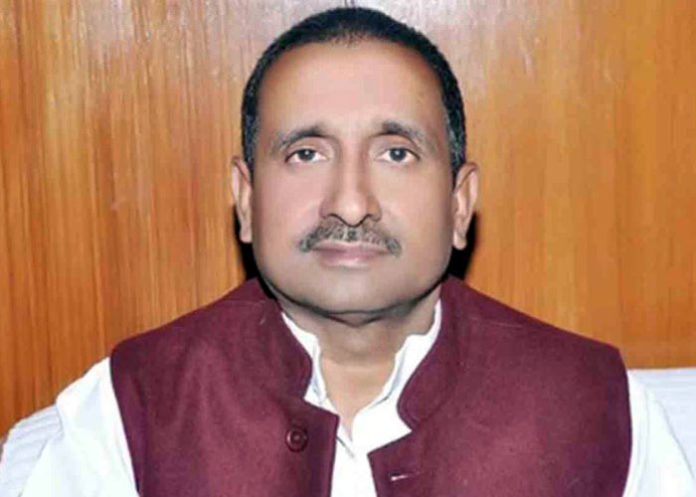 The woman from Unnao, who had accused BJP MLA Kuldeep Singh Sengar of raping her in 2017, was severely injured while her mother and aunt were killed after their car collided with a truck near Raebareli in Uttar Pradesh on Sunday.

Police said the car’s front portion was badly damaged due to the impact of the crash. There were four occupants in the car at the time of the accident – the rape victim, her mother, aunt, and her lawyer Mahendra Singh.

Police are investigating the case while treating it as both an accident and a conspiracy to murder.

The incident took place when the victim was travelling to Raebareli. The truck driver has been arrested and is being questioned.

While her mother and aunt succumbed to their injuries, the victim and her lawyer were admitted to hospital in a critical condition.

The truck’s number plate also bears signs of tampering in an attempt to conceal the registration number.

The Unnao rape case hit the headlines in 2017 after the then 16-year-old girl alleged that she was raped by BJP MLA Sengar.

Sengar has been in jail since the past several months while the case is being probed by the CBI. Sengar’s brother has also been accused of beating up the victim’s father after tying him to a tree. Her father was then arrested and later died in police custody.

The victim’s uncle is also in jail in a separate case. The victim and her family members were on their way to meet her uncle in jail when the collision occurred.

The case had led to protests across the country.  (Agency)