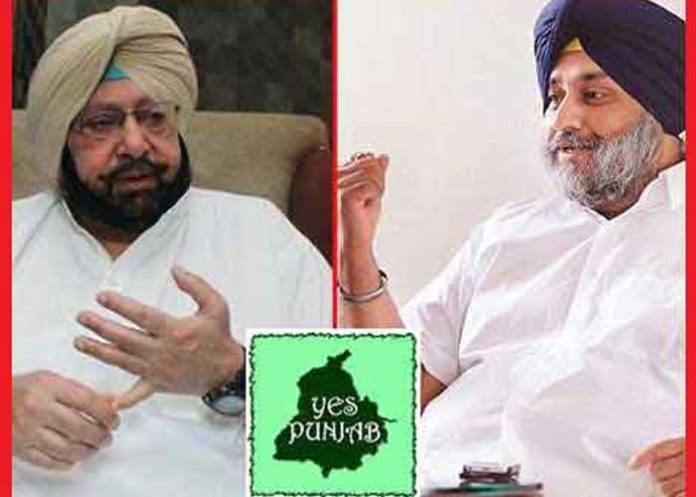 In a statement here, the SAD President said Amarinder only wanted to prolong this confusion till the Feb 2022 poll with the aim that the sacrilege issue dominated the political discourse in the state for full five years so that people’s attention remained distracted from his abject failures and his other crimes like non-fulfillment of his solemn promises to the people of Punjab, especially youth and the farmers.

Mr Badal said Captain’s latest flip flop was also aimed at wriggling out of his confession before a national daily the other day in which he had admitted that he was wrong in blaming the Akali leaders, especially Sardar Parkash Singh Badal, for the acts of sacrilege.

Mr Badal asked the Chief Minister to tell the people that the SAD BJP government had referred the case to the CBI only in response to the strong and persistent demand for this by the Amarinder-led Congress party and its sponsored side-kicks acting under the mask of ‘Sikh’ bodies. “This is public knowledge,” said the SAD president.

On August 1 the Advocate General gave a statement contrary to this following which the chief minister made another turn around in the Vidhan Sabha saying the CBI had no business to reinvestigate the case.

This was followed by another u-turn in an interview to the media two days back in which the CM said the SIT Chairman did the right thing by writing a letter to CBI to reinvestigate the case and that if this had not been done the case would have been over by now. We already know that the CBI also stated in court that it was starting reinvestigation in the case on the demand of the Punjab government”.

Stating that there was a method in Captain’s madness and his countless Self contradictions on the issue, Mr Badal said “Capt Amarinder wants to keep the issue hanging till the February 2022 Vidhan Sabha elections so that peoples’ attention remains distracted from his abject failure to fulfill his promises to provide jobs to every household or give unemployment allowance of Rs 2500 per month, write off farmer loans, eradicate drug menace, raise old age pension to Rs 2,500 and Shagun to Rs 51,000.

“All these promises were made on oath of Guru Gobind Singh ji Maharaj and Captain took the oath holding the sacred Gutka sahib in his hand. He wants to divert the attention of the people from these promises and that is why he is engaging daily contradictions in a desperate attempt to befool the people yet again” Mr Badal added.