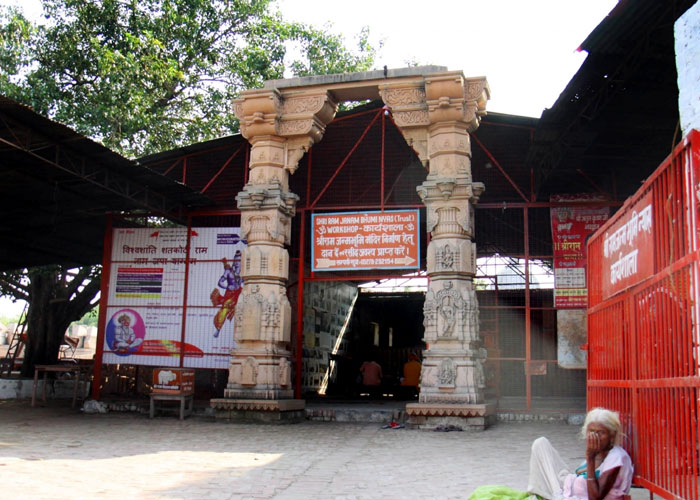 Ayodhya this year post the Ram Janmabhoomi verdict had planned one of the biggest ever celebrations on Ram Navami. But the outbreak of the deadly coronavirus has put everything on hold. On Thursday — Ram Navami — Ayodhya woke up to empty streets, barren Ghats of Saryu and deserted temples.

Although the Supreme Court had cleared the path for construction of a grand Ram temple and the trust for the same has been set up and the Ram Lalla idol has also been shifted to a new structure in Manas Bhawan to pave the way for temple construction at the Ram Janambhoomi site, the corona scare and the subsequent lockdown has postponed all celebrations.

The lockdown was strictly enforced and most of the residents could not perform the mandatory ‘Kanya pujan’ that marks the culmination of ‘Navratri’.

“The girls were not allowed to move out of houses by their parents who are wary of the deadly pandemic. Corona ke dar se koi nahin aaya. We will donate the amount in some temple,” said Ram Charan Srivastava.

Srivastava, 78, who has been living in Ayodhya for almost seven decades, said on phone: “I have never seen the city looking so desolate — not even when riots took place after the demolition. People were, at least sitting on their terrace and peeping out of their windows. Today all temples are closed for public though ‘aarti’ is taking place inside. We can hear the sounds of ‘aarti’ but cannot move out. The police are extra alert today.”

Just before the lockdown, the state government had sealed the borders of the holy city and the saints had asked all devotees not to come to Ayodhya during Navratri and Ram Navami.

“Even the local people are not being allowed to go to the Ghats of Saryu for a holy dip. It is only the priests of various temple who have been allowed,” said a local shopkeeper.

Two days before Ram Navami, barricades had been set up at the entry points at Saadatganj and Devkali.

A junior priest at Hanuman Garhi said that no one had expected that Ram Navami would be celebrated in such a subdued manner.

“It is God’s will and we abide by it. Hopefully things will normalize soon and we will hold celebrations,” he said.  (Agency)