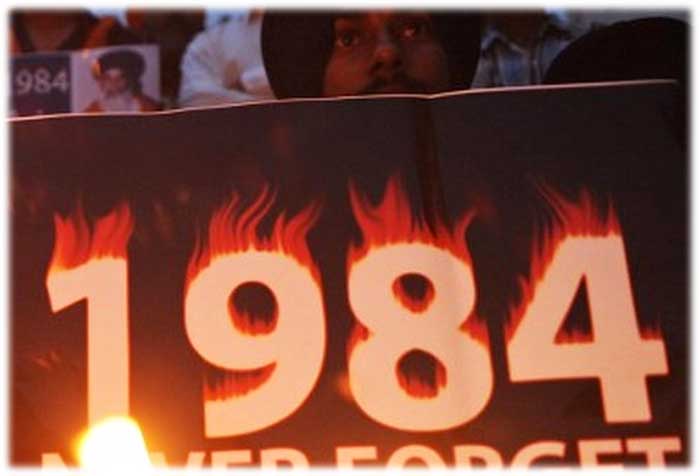 The special investigation team (SIT), headed by Delhi High Court judge (rtd) Justice S.N. Dhingra, which probed 186 cases of the 1984 anti-Sikh riots, brought on record the failure of prosecution, which through a systematic process allegedly facilitated the acquittal of the accused. Judicial records were weeded out to delay in filing the appeal, it added.

The report cited FIR 433/84 registered at the Kalyanpuri police station where the cops clubbed various cases and sent challans in respect of murder of 56 people, “the trial court framed charges only in respect of killing of five persons and no charge was framed in respect of remaining murders.”

The report said the witnesses appeared before the court and gave evidences about the killings. “But since no charge was framed in respect of rest of murderers/accused, the testimony of witnesses went waste and nobody was punished,” it said.

Justice Dhingra wondered how did the courts proceed with trial of several crimes of rioting, arson, murders, looting at different locations, different times and even different dates, together.

This was a major reason for the failure of several trial court cases because the accused were wise enough to drag the trial by missing trial dates, noted the report.

Due to this, the victims got tired of visiting courts and eventually gave up. And those who didn’t give up, the trial court refused to give credibility to their testimony, as there was a delay in lodging the FIR and recording the evidence.

Justice Dhingra also observed the perusal of judgements on record in the files show “when the witness stated in court that she had seen the incident and can identify the culprits, the public prosecutor didn’t even ask her to identify rioters out of several accused present in the court.”

The report highlighted that in all cases where the accused had been acquitted by the trial court, the trial court record has been weeded out as per the rules of the district courts. “Only those records are preserved longer in district court where appeal is preferred”, observed the court.

In all those cases where appeal is not preferred, either after 7 or 10 years, the records are weeded out as per rules. “At this stage, the lapse of more than 25 years of acquittal, the reconstruction of these records is not possible. Preferring of appeal though had been recommended by the committee (SIT), but seems to be a remote possibility,” said the report.  (Agency)