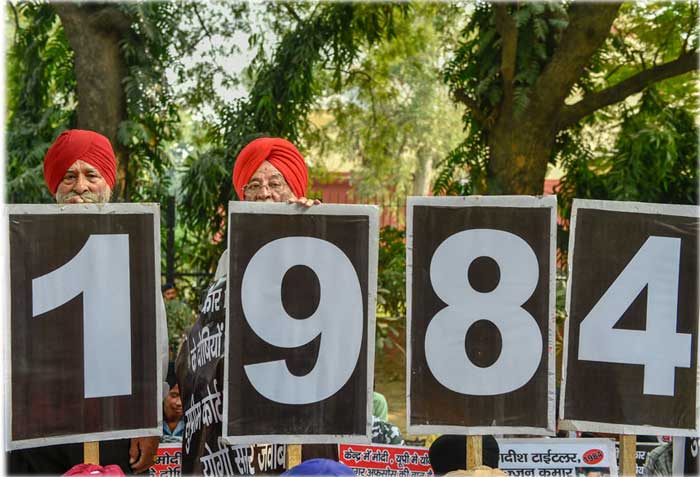 “It was humanly impossible for one investigating officer to investigate 500 cases, to trace witnesses of each crime, to prepare challans and to proceed in the court against all the accused persons,” said the SIT report.

The SIT in its report said that the perusal of the files shows that the FIRs were not registered by the police incident-wise or crime-wise. The report made several critical observations on the conduct of police while registering FIRs in rioting cases.

“If one FIR was registered in respect of one incident of murder-cum-riot-cum-arson-cum-looting, a house or shop in an area were clubbed in the same FIR and in the name of investigation almost nothing was done,” said the report.

Harpreet Singh Hora, representing the victims, said “Clubbing of charges is not allowed for different offences. In cases where police have not put separate charges for distinct offences, then it is a violation of section 218 CrPC.”

In the case of FIR 268/84 registered at police station Sultanpuri, the DCP sent 337 complaints, received after the riots, on various incidents to the police station for action. Instead of recording a separate FIR in respect of each incident, an omnibus FIR was recorded “in respect of all 337 incidents reported to the DCP by victims.” Later all other incidents were also added to this FIR. “As a result this FIR had 498 incidents of rioting, arson, looting, burning, causing injuries and murders. One investigating officer was assigned to this case.

The SIT also highlighted the role of a Station House Officer (SHO), Survir Singh Tyagi, of police station Kalyanpuri in connection with FIR 503/91. The SIT indicted Tyagi for colluding with the rioters. “It was a case where Tyagi deliberately disarmed local Sikhs of their licenced arms so that rioters could make them victims and cause loss of life and property. He was suspended from service but later on reinstated and promoted as ACP,” said the report. The SIT has recommended his case to the riot cell of the Delhi Police for action.

A bench headed by Chief Justice S.A. Bobde was informed by the victims’ lawyer that the report of the SIT is damning especially on the role of police officials allegedly involved and they would file an application seeking action against them.

Solicitor General Tushar Mehta, representing the Centre, told the bench that they have accepted the recommendations made in the report and will take necessary steps.  (Agency)