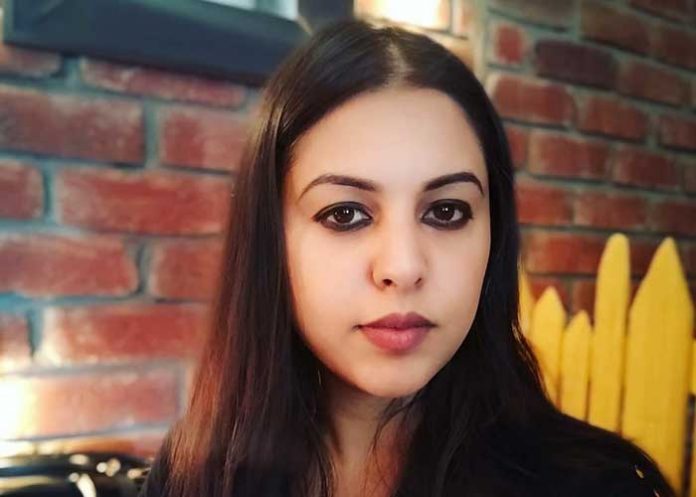 New Delhi, Oct 25, 2020-
The year was 2006, and Srinagar was set to have its own Big FM Channel. A 21-year-old young woman, armed with a degree in Business Administration appeared to audition for the position of a Radio Jockey (RJ). One of the valleys first female radio jockeys, Wafa Vakil, who is also the co-founder of ‘Cafe Liberty’ which has two branches in Srinagar now, looks back with content.

“It was in fact my parents who encouraged me to give it a shot. My father, who was alive then, would always be pleased seeing young women break the glass ceiling in the media and many other professions which at one time were dominated by men.”

Part of the station’s launch team, Vakil, who had thought of enrolling in a MBA programme before joining the station, remembers that though the job had little to do with what she had studied academically, the whole experience was unforgettable.

“After all, as a RJ, one is expected to talk about music, Bollywood, actors, and make content around it. All that was new, but I enjoyed it thoroughly.”

Stressing on the fact that the connect with an infinite number of people through the medium can itself be empowering, Vakil says that the feeling that one can be an example for giving hope to many is unparalled. “If one has managed to encouraged even a small number of women to have the courage to turn their dreams into reality, it just can’t really get better.”

Adding that contrary to popular perception, Kashmiris have always been very open to witnessing women in diverse professional roles, she says, “After all, so many Kashmiri women have actively been part of the media, judiciary and bureaucracy for a very long time now.”

Stressing that she has never felt discriminated against for her gender or religion as a RJ or a cafe owner, Vakil adds, “But of course, that does not mean that discrimination does not exist. In fact, we all know that when it comes to gender, at several places, it is done in such a way that you cannot even point a finger.”

Vakil who left her job last year to co-found ‘Cafe Liberty’ in Srinagar with her husband Khawar Jamsheed, recalls how it was conceived. “I remember telling him once that if there was anything I could see myself doing besides being a RJ, it was to run a cafe where people were not just served food, but could also be assured of a relaxed ambience, books and a great place to have a conversation. And he said that he already had a space.”

Deciding to move on from her career at the radio station last year after putting in 13 years there, Vakil says that she took the step in order to give all her attention to the new venture, which now has two branches. “I would not have been able to do justice to either otherwise. Of course, I still use the learnings that I absorbed during my years at the station, but now my life is much relaxed and I can choose my own timings.”

Lamenting that frequent ‘hartals’ and ‘lockdowns’ can be be brutal on a business which started just two years back, not to mention the recent pandemic, Vakil adds, “A business has several recurring costs, and though one doesn’t expect to start earning profits from day one, but closure for such long periods hit hard. Also, let us not forget that the number of walk-ins fall in winters in a place like Kashmir.” (Agency)