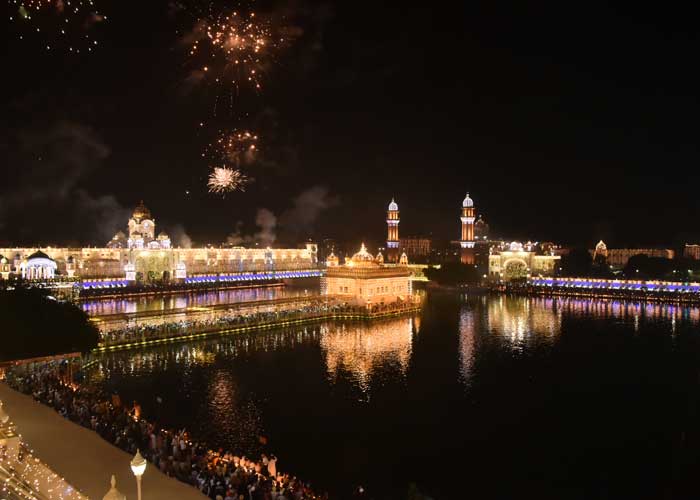 Amritsar, Nov 13, 2020-
The holiest of Sikh shrines, Harmandir Sahib, popularly known as Golden Temple, will be lighted up in festive spirit in this Sikh holy city in Punjab but fireworks would be symbolic to mark Diwali, officials said on Friday.

The show of firecrackers at the Golden Temple complex would be symbolic this time, Golden Temple’s manager Mukhtiar Singh said.

He said eco-friendly and low-decibel crackers would be used during the show of firecracker that will last for 5-7 minutes only.

The Diwali festival is celebrated in the Sikh religion as ‘Bandi Chhor Diwas’ (prisoner liberation day). On this day, the sixth guru of the Sikhs, Guru Hargobind, returned to Amritsar after being released along with 52 princes from imprisonment by Mughal emperor Jahangir from Gwalior prison in 1619.

The guru and the princes arrived in Amritsar during Diwali festivities. Since then, the Bandi Chhor Diwas and Diwali celebrations coincide at the Golden Temple complex.

Hundreds of devotees could be seen lined up since Saturday morning to offer prayers at the shrine. (Agency)