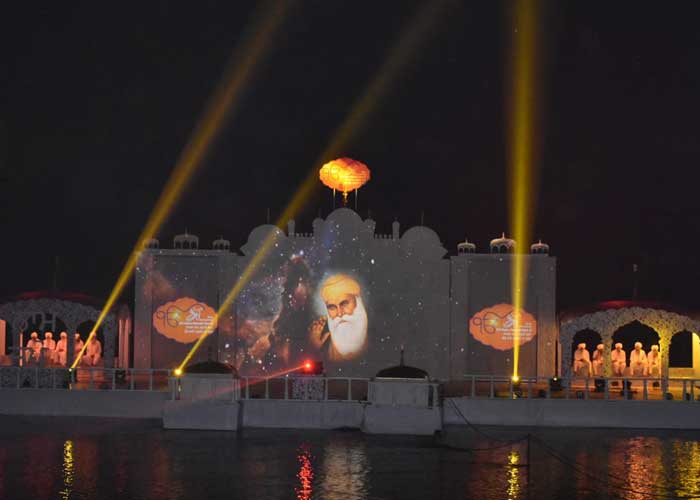 The show being organized near village Terkyana on Beas river was inaugurated in the presence of MLA Mr. Arun Kumar Dogra and Deputy Commissioner Mrs. Isha Kalia.

The Deputy Commissioner said that the fact that a large number of people reached to witness the show is perfect testimony to its growing popularity.

Mrs. Isha Kalia further added that the main rationale behind the light and sound shows being held by the State Government is to make today’s young generation aware of the life and philosophy of Sahib Sri Guru Nanak Dev Ji based on social equality and against social evils and the technology is coming in handy in this sincere endeavour of the State Government.

The people on the occasion appreciated the effort of the State Government regarding the light and sound shows. They expressed strong hope that this initiative held amidst the Beas river in the Hoshiarpur District would create history.