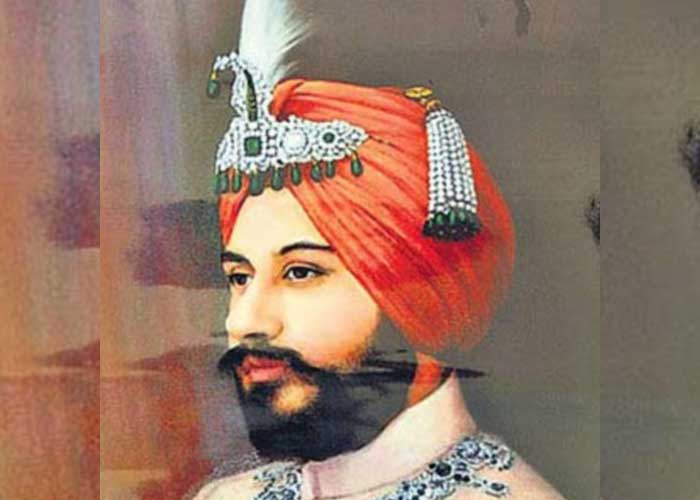 The descendants of the last ruler of Faridkot, Maharaja Harinder Singh Brar, who left behind riches estimated to be worth multi-billion that comprise Faridkot House in Delhi’s upscale Copernicus Marg, will now inherit them with the Punjab and Haryana High Court settling a nearly 30-year old dispute in favour of them.

The sprawling complexes in the heart of Delhi, Faridkot Houses — one that is located near India Gate and another in Diplomatic Enclave — besides Raj Mahal and Quila Mubarak in Faridkot, Surajgarh Fort in Mani Majra in Chandigarh and Faridkot Estate in Mashobra in Shimla are likely to get attention as they are crumbling owing to neglect.

When erstwhile ruler Brar, who was passionate about aircraft, motorbikes and expensive cars, died in 1989, he left behind his entire estate to the Maharwal Khewaji Trust which was headed by one of his three daughters — the Kolkata-based Deepinder Kaur.

Now, Justice Raj Mohan Singh of the high court in a 547-page judgment ruled that his two living daughters — Chandigarh resident Amrit Kaur (88) and Deepinder Kaur will largely inherit Maharaja’s wealth along with his nephew.

Brar’s eldest daughter Amrit Kaur had challenged the will in 1992 which had entitled a trust as the caretaker of the estates that also comprise Qila Mubarik in Faridkot in Punjab along with sprawling agricultural fields and stables, properties in Mashobra near Shimla, where one of his daughters who was single died in 2003, and a fort spread over five acres and located near Chandigarh.

Besides, the trust is learnt to be the custodian of three aircraft, antique jewellery worth crores of rupees kept in lockers of Standard Chartered bank and two dozen vintage cars that include Rolls-Royce, Graham, Bentley and Jaguar.

Most of the historic structures comprising forts are in shambles.

At the time when the will was forged, ruler Brar was in depression as his only bachelor son Harmohinder Singh had died. The will was executed on June 1, 1982, eight months after his son’s death.

“Therefore, on the basis of deemed succession or inheritance by Maharani Mohinder Kaur on October 16, 1989, and thereafter to the extent of share conferred by the late Maharani Mohinder Kaur upon the appellant by virtue of aforesaid will dated June 29, 1990, the appellant would succeed to the said proportionate share in the estate of late Raja in accordance with law,” ruled the high court on June 1.

As per the judgment, Maharani Mohinder Kaur, mother of the ruler Brar, was also alive at the time of execution of the alleged will, but she was completely ignored and denied any share or position in the trust.

The claim with regard to succession to the estate and private properties of the ruler on the basis of law of primogeniture is dismissed. However, the appellant would succeed to proportionate share of the late Mohinder Kaur on the basis of registered will of 1990 executed by her, the high court said.

Primogeniture is the custom by which all of a royal family’s property goes to the oldest son.

Maharani Mohinder Kaur was alive at the time of death of the ruler and she being one of the first class heirs of the ruler would have succeeded in the estate and properties of the late ruler.

Ruling that the will of 1982 is found to be forged, fabricated and shrouded with suspicious circumstances, the court observed the will has been rightly discarded by the courts and the trust created there under is also held to be unfounded.

Justice Singh made it clear the parties would succeed to the estate of the late ruler as per The Hindu Succession Act, 1956.

As per the judgment, 37.5 per cent share would go to each of the two daughters and 25 per cent to the family of Bharat Inder Singh, the descendant of the brother of the erstwhile ruler.

Earlier in the battle royal, a sessions court in Chandigarh on July 25, 2013, declared that the will was forged by the servants and lawyers and awards the property estimated to be Rs 20,000 crore to Amrit Kaur and Deepinder Kaur.

The key issue that was resolved with the latest judgment was whether the erstwhile ruler had inherited the properties from his ancestors or acquired them himself.

The erstwhile Faridkot state represents a style of architecture that flourished during the 19th century in the states of Punjab, writes art historian Subhash Parihar in his book, Architectural Heritage of a Sikh State: Faridkot.

The rulers of Faridkot had built forts, palaces with intricate artwork, ‘havelis’ and administrative and educational buildings.  (Agency)