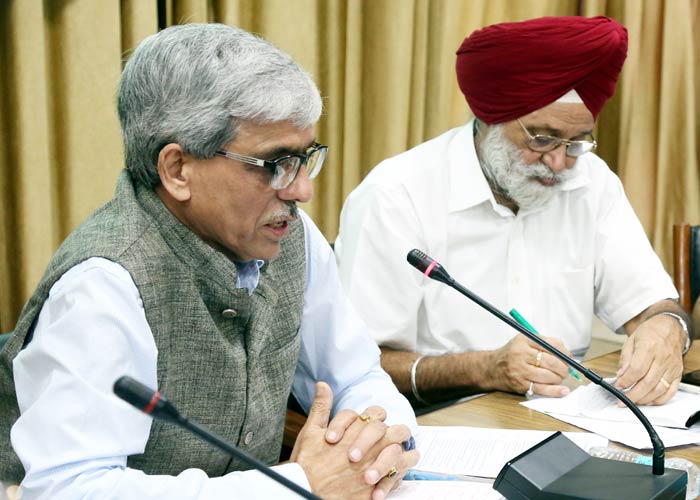 “Politics has compromises but economics has no compromises” said Mr Suresh Kumar, Chief Principal Secretary to Chief Minister of Punjab, while delivering his inaugural address at the 13th Indo-Japanese Dialogue on “Indian Economic Development” at Punjab Agricultural University (PAU) today.

“Three decades back governments were stable, policies were uniform and consistent, and investments were made to develop core infrastructure. From being dependent on import of food grains to attaining self-sufficiency, India has moved ahead with the credit that it has double the requirement in contemporary times,” he stated. Not only this, India has the capacity to give $ 1 billion line of credit to Russia, as announced by Prime Minister of India, he said.

About Japan, Mr Kumar said, “Japan has its national fabric. With rising aspirations, Japanese lead a simple life.” “But in India, corruption must disappear. Although the process may be cumbersome, yet corrupt practices must end,” he stressed. “In the current scenario, demonetization has added to joblessness in the country. People with little knowledge and resources have suffered. There is a need to strengthen the moral fibre of the administration with thrust on stable government, stable policy making, stable population and stable country,” he said. Sharing his experience of 42 years in Punjab government, Mr Kumar observed, “Where there are women, there is a cleaner governance and better performance.” He called for making efforts to address gender bias as well as generation gap in the country. Generating quality manpower and employment opportunities is need of the hour, he added.

An eight-member delegation from Japan visited PAU and participated in the dialogue, organised by the Department of Economics and Sociology, PAU. Dr Baldev Singh Dhillon, Vice-Chancellor and Dr RS Sidhu, Registrar, PAU, also graced the occasion.

During the session I on “Agriculture Economy of Punjab,” Dr PS Birthal, National Professor, National Institute of Agricultural Economics and Policy Research, New Delhi, said: “Due to price rise, there is inflationary pressure which is discouraging diversification and encouraging natural resource depletion. Technological breakthrough is vital to enable Punjab’s agriculture sector regain its lost glory.”

Dr Atsushi Fukumi, Associate Professor, University of Hyogo, Japan, spoke on “Understanding Current Status of Power Sector Reforms in Indian States.” He observed, “The power sector reforms do not solve the essential problem. There is a financial deterioration of utilities due to distorted tariff structure.” Strong political will and leadership is necessary, he added.

Dr Navtej Bains, Director of Research, PAU, while speaking on “Crop Diversification in Punjab: Issues and Way Forward,” said despite so many challenges, there are some positive trends including improvement in soil organic carbon (0.53% at present) and decrease in use of insecticides. He advocated the use of maize, cotton, basmati rice and citrus for diversification. 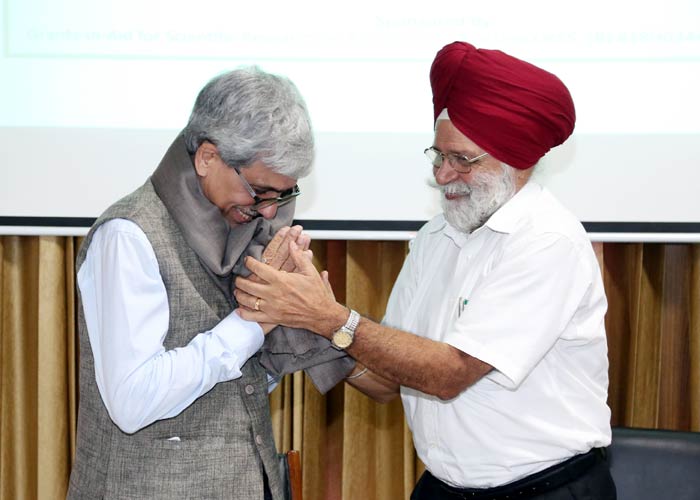 The last session IV on “Indo-Japan Relationship and Education in India” witnessed the participation of Dr Kazutoshi Tamari, Associate Professor, University of Kochi; Ms Mio Morimoto, a Ph.D student of Waseda University; and Ms Asuka Yamamoto, a Ph.D student of Kobe University. The speakers deliberated on Indo-Pacific in Japan –India Relationship (2007-19), Parental Involvement in Elementary Education in India: Preliminary Findings from Nagaland, and The Hindu Succession Amendment Act and Education of Hindu Women in India.

Lauding the informative talks of the economists, Dr Dhillon said the dialogue between the two nations would go a long way in addressing the issues of economy and providing solutions for the same.

Earlier, Dr Kamal Vatta, Head, Department of Economics and Sociology, welcomed the dignitaries, delegation and faculty and students of various departments of PAU.

Later, Dr Sidhu proposed the vote of thanks.