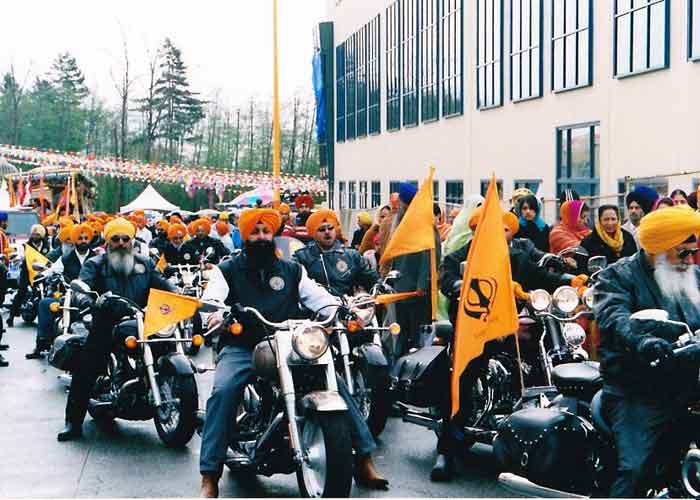 The Bike Rally named as ” SARBAT DA BHALLA BIKE RALLY ‘ will be flagged off on 6 th October 2019 morning from Gurudwara Rakab Ganj Sahib and will culminate at Gurdwara Fateh Garh Sahib in Punjab after passing through various cities and towns on the same day to give message of universal humanism said Sh Manjinder Singh Sirsa President Delhi Sikh Gurdwara Management Committee here today.

The rally will cover a total distance of around 250 KM in around 12 hours time period and will make brief halts at five place at Kundli Border, Panipat, Karnal , Ambala and Fateh Garh Sahib where brief programmes highlighting Guru Nanak Dev ji philosophy and teachings will be organised in order to motivate younger genearations to follow the Sikh ethos of serving people without any discrimination of region, religion, race or caste.

The online free registration for biker rally is available on DSGMC website till 30th September 2019 besides the forms for free registration are also made available at all historic gurdwaras , 29 sikh education institutions in national capital Delhi.

So far twenty bikers group active in Delhi / NCR has actively associated with Bike Rally through whatsapp and other social media groups created to promote the event at big way.

The participant bikers will be provided literature on teaching , philosphy and life history of Guru Nanak Dev ji and bikes will be decorated with logos and posters highlighting various aspects of Guru Nanak Dev Ji’s life, his teachings and messages.

Each biker both professional and amateur will bear his own complete expenditure of bike fuel and other expenses during the bike rally and it will be completely volunteer participation without any monetary help, aid from organizers said Manjinder Singh Sirsa President Delhi Sikh Gurdwara Management Committee here today.

Each Biker will be provided Zip Zacket with rally logo on both side of by DSGMC in order to highlight the event.

A multimedia campaign will be run by the DSGMC to popularise the initiative by actively involving sikh celebrities that should help in making the hashtag trend on social media like twitter , face book , instagram etc and online media in order to spread the message among common masses Sh Manjinder Singh Sirsa said.

Special app would be specifically designed for the event to create a network to connect sikh organizations , Singh Sabhas and NGOs to come forward and join hands with the DSGMC for this initiative he Said.