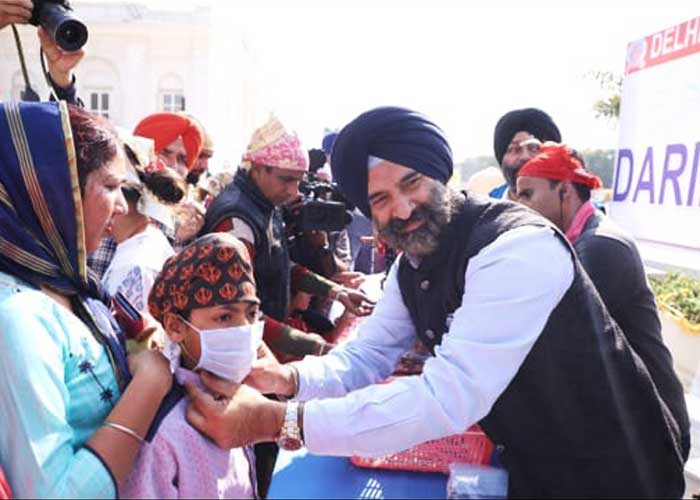 He said that decision to distribute free medical mask has been taken in view of rising demand of the face masks which has resulted in charging exorbitant prices for products by the big pharma companies.

He told that DSGMC has taken the various initiatives to check person-to-person transmission to check new waves of infections and stop virus from further transmission.
He said that all Gurdwara has been asked to take proactive steps to regularly clean and sanitize all Gurdwara Compexes to prevent any respiratory illness.

He said that hand sanitization has been made mandatory for all visitors at DSGMC office complex at Gurdwara Rakab Ganj and DSGMC volunteer are assisting and guiding the visitors for hand sanitizations to protect from airborne illnesses.

He said that DSGMC will promote frequent Handwashing with soap and water by Gurdwara Devotees during their visit to holy shrines and all Gurdwara Complexes will be extensively cleaned and sanitized in order to prevent transmission of the virus.