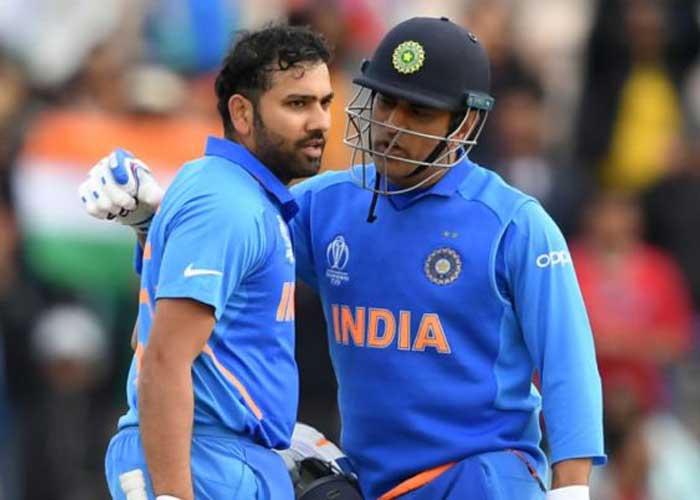 The most talked about issue in Indian cricket nowadays has been about when former skipper M.S. Dhoni will be back on the field. While there have been murmurs that the Ranchi stumper must retire as he will find it difficult to make a comeback, India opener Rohit Sharma felt Dhoni is the best skipper the country has had.

“MS Dhoni is the one who has been like that. It’s in-born. It has helped him to make such good decisions on the field and now you see he is the most successful Indian captain with all three ICC trophies with him and many IPL titles as well. He is the best captain India has seen and there’s a reason behind it – which is being calm and composed under a situation,” Rohit said in one of the episodes of Curly Tales.

Even after Virat Kohli took over the captaincy duties, Dhoni continued to be a key member in the decision-making team and was a guide for the fast bowlers. Elaborating on it the dashing Mumbai batsman said: “I have seen him handle a lot of young bowlers when they get under pressure, he just goes and puts his arm around them and talks to them about what needs to be done.”

“When a younger player is treated like that by a senior member of the team, you obviously feel confident and you want to deliver for the team,” he added.  (Agency)

ALSO READ: Selectors should do what is best for India: Kapil Dev on Dhoni