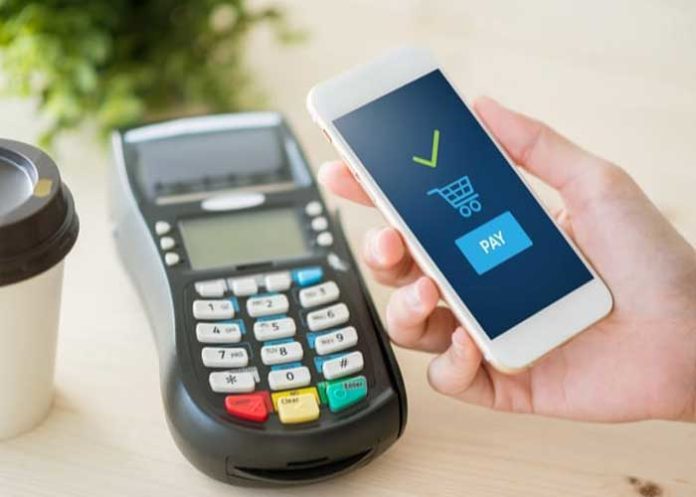 A research report said 2020 will likely see increasing online penetration in grocery and put a few Super Apps into motion.

Digital trends in India are beginning to take hold. India’s digital economy is still in the initial phase, but it has witnessed considerable progress over the past five years.

Ecommerce penetration touched 3 per cent of India’s retail market in 2019, much lower than the 26.7 per cent in China and ~22 per cent in the US.

Digital payments through a unified payments interface (UPI) started inflecting in 2017 (post demonetization) and were at 9.2 per cent of GDP in 2019, vs zero three years prior. Data usage in the past few years has seen a ‘hockey stick’ growth, due particularly to high video consumption, Morgan Stanley said.

Covid-19 could fast-track some of the developments: India’s total online shopper base remains low at 30 per cent of its internet population, versus 78 per cent in China and 70%+ in the US, and has been a limiting factor for growth.

“We believe a larger increase in its online shopping base is needed to drive growth in its digital economy. We think Covid-19 has the potential to do just that, at least until a vaccine is widely

available, which is currently expected by summer 2021, and beyond that, hopefully these behavioral modifications will become somewhat permanent,” the report said.

“We have seen the power of online in the past few months as start-ups have helped consumers shop, pay for bills, converse, entertain, and collaborate without much physical contact. We believe that this digital adoption has the power to pull growth forward by a few years in India’s internet industry,” the report added.

In a post-Covid-19 world, India’s online shopping population could see a sharp increase, online penetration in grocery could finally inflect as eCommerce and new entrants make a bigger push in this category, digitization of small and medium business (SMB) enterprises could take centre-stage, investments in segments such as gaming, edtech, healthtech, and cloud could increase, another outcome that we think is easy to predict in broad terms, but almost impossible to do so with precision, is changes to the competitive landscape.

According to Morgan Stanley, several start-ups may need to curtail their activities or completely close their businesses due to a lack of adequate growth capital, which could further propel the category leaders along with possible M&A opportunities; and there could be the emergence of a few large tech companies (Super Apps or category leaders) in the next 5-10 years.

On the company’s new commerce initiative, Mukesh Ambani, Chairman, Reliance Industries mentioned in his July 2018 AGM speech that the next big growth opportunity is the online-to-offline new commerce

platform that would synergize the power of the physical retail business with the digital infrastructure created by Jio.

As highlighted in the AGM, the company’s plan is to deploy Merchant Point of Sale for such local shop owners, which would enable them to manage inventory, keep digital records and file returns, improve working capital management, retain and upgrade customers, access new customers, run promotion and loyalty programs, accept digital payments, etc.

This is similar to China, where Alibaba’s foray into new retail included the Ling Shou Tong (LST) B2B platform that already had onboard 1mn out of the 6mn ‘mom & pop’ stores in China.

“We think a ‘new normal’ will emerge in a post-Covid-19 world, and digital adoption could accelerate further Covid-19 has had a significant impact on the global economy and is likely to alter the

way we live, do business, and interact with each other going forward. We believe that we have seen the true power of digital technologies unleash across businesses and in our daily lives,” the report says.

The launch of Reliance Jio’s 4G telecom services in September 2016 helped spur the digital economy in India as it propelled internet usage in the country, with fast, reliable, and cheap 4G services

leading to significant growth in data usage (especially on music and video content).

“Incrementally, we believe that Covid-19 has relieved some apprehension relating to digital transactions and, as the saying goes, every adversity presents an opportunity. We believe Covid-19 could accelerate the shift to online transactions (such as eCommerce and payments) and provide a tailwind to growth in India’s digital economy,” it added.

“New Commerce is a massive new business opportunity of $700 billion.The main purpose of New Commerce is to completely transform the unorganized retail market, which accounts for 90% of India’s retail industry,” Ambani said at the RIL AGM in August, 2019.

Reliance Retail and WhatsApp have entered into a commercial agreement to accelerate Reliance Retail’s new commerce business on the Jiomart platform using WhatsApp.

Jiomart is a platform that helps RIL support small merchants and kirana stores in serving end-consumers. RIL aims to focus on 60mn micro, small and medium-sized businesses along with the 30mn small merchants and millions of SMEs with the digital platform (per a company press release). Amazon India has also announced a $1 billion investment over the next five years to digitize 10mn SMBs, enabling $10 billion in cumulative exports by Indian businesses selling on Amazon worldwide by 2025.

Mukesh Ambani, RIL Chairman, in a February 2020 interaction with the Microsoft CEO said, “There is a huge potential for gaming to grow in India with increasing broadband connectivity. Gaming will be bigger than music, movies and television shows put together.”  (Agency)