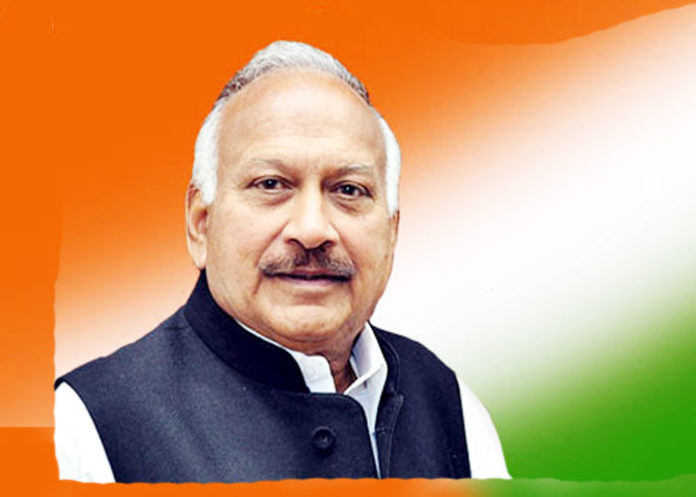 Expressing strong concern at the loss of precious lives every day in the state owing to the stray cattle menace, Mr. Brahm Mohindra, Local Bodies Minister today issued strict instructions to the Urban Local Bodies and District Administrations to launch a collaborative action to grapple with this serious socio-economic threat posed by stray cattle.

Disclosing this official spokesperson of the Local Bodies Department said that Mr. Brahm Mohindra had categorically asked the Principal Secretary of the Local Bodies Department to hold an emergency meeting in this regard with all the Municipal Commissioners and Executive Officers of the Municipal Committees to fix their responsibility to check the menace of stray cattle in their respective areas.

Likewise a Demi Official letter had also been written to all the Deputy Commissioners of the state whereby they had been asked to personally check all the Government and Private Gau Shalas in their districts within 15 days for creating data base of the all the animals housed therein. DCs had been instructed to send comprehensive report in this regard within two weeks to the Principal Secretary Local Bodies.

The Minister had instructed the Principal Secretary of the Local Bodies Department to exhort all Municipal Commissioners and EOs of the Committees to put in extra efforts to control the rising menace of stray cattle.

The Minister said that henceforth if any untoward incident pertaining to the stray cattle was reported from any area of the state, the concerned officer/ official in whose area of jurisdiction it happened would be personally held responsible for it and departmental action would be initiated against him. The Minister had sought detailed report in this regard from the Principal Secretary, Local Bodies within three weeks.

The spokesperson said that in the DO letter addressed to the DC, The Minister expressed hope that as Head of the District Administration as well as Animal Welfare Society the Deputy Commissioners were better informed about the ground realities and were in a position to evolve workable strategy to deal with the stray cattle menace. DCs had been told that apart from NGOs teams from diverse fields could support the administration in its efforts to grapple with the stray cattle menace.