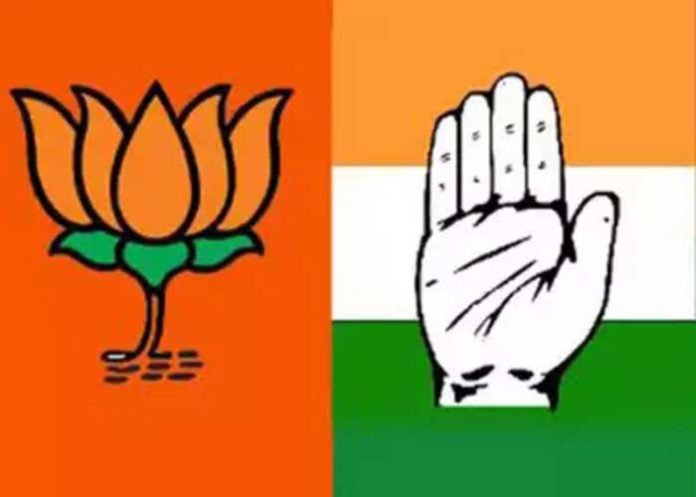 New Delhi, Oct 24, 2020-
The Congress on Saturday slammed the BJP for what it called “politicising” a minor’s rape and murder in Punjab just because of the Bihar Assembly elections by questioning the “silence” of Rahul Gandhi and Priyanka Gandhi Vadra on the crime.

Addressing a press conference here, Congress Women Wing chief Sushmita Deb said: “On the eve of the Asthami Puja in Navratris we take the oath to save girls. But we were amazed to see that a number of press conferences were held by BJP Ministers Nirmala Sitharaman, Prakash Javadekar, and Harsh Vardhan to condemn the rape of a minor in Punjab.”

Deb said that rape in any state anywhere in the country was “condemned by everyone”, whether it’s Nirbhaya, Unnao, or Hathras crimes.

“I was saddened as Sitharaman, Javadekar and Vardhan broke their silence on the issue of women safety for the first time after the September 14 Hathras case.”

She said that these BJP leaders broke their silence because Rahul Gandhi and Priyanka Gandhi reached Hathras district in Uttar Pradesh to stand in solidarity with the 19-year-old Dalit victim’s family.

Deb said not only Rahul and Priyanka reached Boolgarhi village but also other opposition leaders from the Trinamool Congress, Samajwadi Party and RLD’s Jayant Chaudhary tried to do the same.

She alleged that the aim to to reach out to Hathras family was necessitated as the UP government, police and civil administration was not responsible enough and it was committing “atrocities” on the victim family.

“Thus it was the responsibility of the Opposition to stand by victim family,” she said.

Taking a dig at Sitharaman, Deb said that she spoke on women safety after ruining the Indian economy.

“In Uttar Pradesh, the police was not even ready to file a rape case while the Punjab Police arrested the accused within 36 hours, registered a rape case after the DGP and the Chief Minister worked tirelessly to this end,” she said.

Earlier in the day, the BJP had attacked the Congress over the alleged rape and murder of a minor girl in Punjab’s Hoshiarpur district.

Sitharaman said: “… the Congress has been silent on the rape of a 6-year-old child of a migrant labourer from Bihar in Hoshiarpur. A Dalit is raped, killed, body half burnt but it doesn’t shake the conscience of the brother-sister pair who rush to every other chosen site which they think can help them politically.”  (Agency)