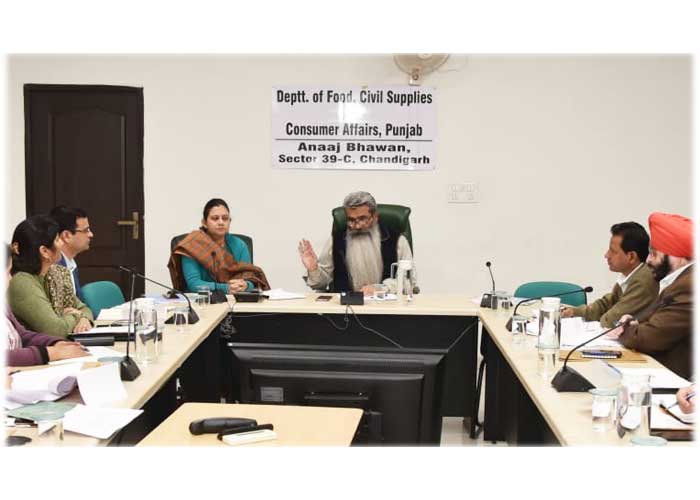 He was presiding over a review meeting pertaining to the smart cards with the field officers of 12 districts at Anaj Bhawan, sector-39.

The minister said that ration should be disbursed on priority to those beneficiaries, whose names have already been registered on the portal of department.

Meanwhile, some officials apprised minister about transportation problems and non-payment of dues etc. About which, the minister directed the concerned officers to take immediate action.

Mr. Ashu also took stock of the milling progress of paddy besides the preparations of procurement for the upcoming season.

Director Food and Civil Supplies Mrs. Anindita Mitra and others were also present during the meeting.