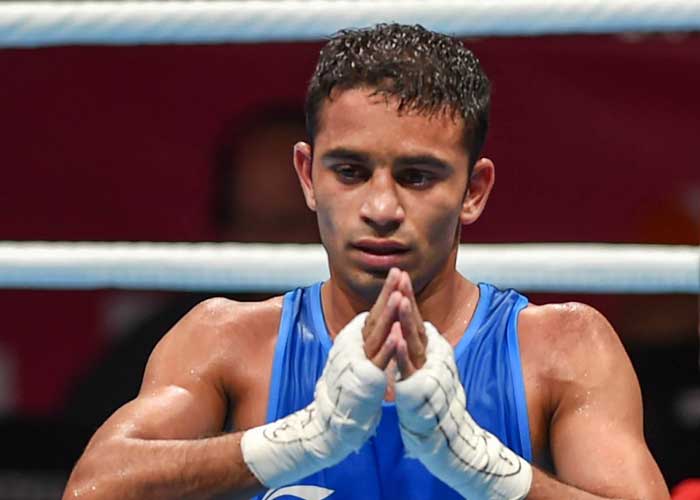 The Boxing Federation of India (BFI) on Monday recommended the names of Amit Panghal and Vikas Krishan for the prestigious Rajiv Gandhi Khel Ratna Award.

“Boxing Federation of India has made due diligence exercise on the performances of athletes and coaches during the last four years,” the BFI statement read.

Amit has been nominated for India’s highest sporting honour for his consistent performances in the last few years. In 2019, he won the silver medal at the prestigious World Championships in the flyweight category.

He is also an Asian Games gold medallist, having stood on top of the podium in Jakarta in 2018. In the same year, he won the silver medal in the Commonwealth Games.

28-year-old Vikas, who is more experienced than Panghal, in 2018 won his third Asian Games medal at Jakarta (Bronze). He also won the gold medal at Gold Coast the same year.

Krishnan remains the only second Indian, behind Vijender Singh, to qualify for three Olympics. Krishnan was given the Arjuna Award in 2012.  (Agency)