Home National Will Rajinikanth’s stand on Delhi violence pitch him against Stalin? 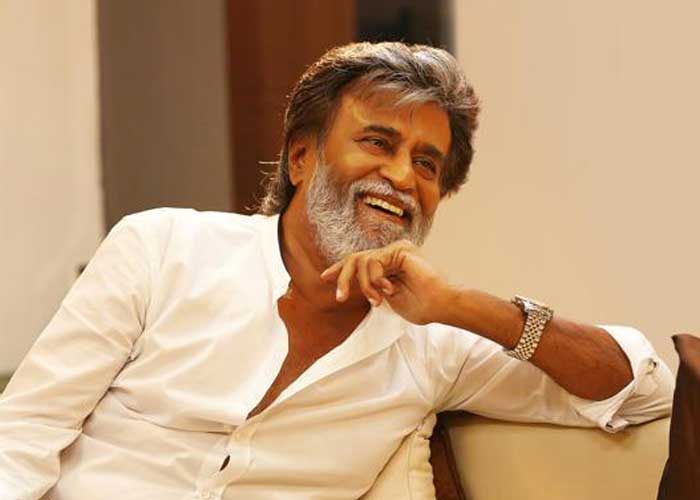 Superstar Rajinikanth’s tough talk on the Delhi violence has demolished the notion that he is pro-saffron and would be pitted against DMK’s MK Stalin when the Assembly elections are held in Tamil Nadu in 2021, a political observer said on Saturday.

On the other hand, a senior DMK leader said that the ruling AIADMK will not allow the 2021 polls in the southern state to become a fight between Stalin and Rajinikanth, but an AIADMK versus DMK affair.

“For a long time, Rajinikanth’s detractors termed him as a ‘Sanghi’. But with one media interaction, he demolished such notion. For him, the primary rival in the 2021 Assembly polls will be DMK President Stalin, who is banking on anti-BJP sentiments in Tamil Nadu enjoyed an edge over others till now,” the political analyst told IANS on the condition of anonymity.

“Rajinikanth’s statement blaming intelligence failure and Home Ministry failure for the Delhi violence has blunted the opposition edge,” he added.

During his media interaction here on February 26, the superstar also said that the Centre should deal sternly with violence in Delhi and resign if this is not done.

The actor has earlier said that he would take a plunge into active politics and fight the 2021 Assembly polls.

“The 2021 elections are all about settling the leadership issue in Tamil Nadu politics following the demise of AIADMK’s J Jayalalithaa and DMK’s Karunanidhi,” another political commentator Jhon Arokiasamy told IANS.

He said that if Rajinikanth maintains a non pro-BJP or even a neutral stance, he holds better prospects to form a formidable alliance in the Tamil Nadu elections.

Arokiasamy said that he could draw towards him political parties that are now aligned with either the ruling AIADMK or the opposition DMK and thus disrupt the winnability of whoever now holds a relatively advantageous position.

Minutes after Rajinikanth’s media interaction actor turned politician Kamal Haasan had tweeted: “Kudos, friend… this way is a good option. It is not a separate path, but a royal race. Welcome, congratulations.”

Arokiasamy said that Rajinikanth’s party’s positioning before his entry in the poll areana would be key to transfer his brand value as a popular actor to the political field.

“There is an attempt to make the 2021 Assembly polls as a fight between Stalin and Rajinikanth. But the ruling AIADMK will not allow this to happen. The ruling party will try to make it as AIADMK versus DMK,” DMK spokesperson and MP TKS Elangovan told IANS.

Elangovan said he did not see any difference between Prime Minister Narendra Modi’s views and that of Rajinikanth. “Rajinikanth should ask the central government to talk to the anti-CAA protestors. Rajinikanth will be used as a propaganda tool by the BJP,” Elangovan added.

According to him, an electoral victory is not decided by an actor’s fans.

“In the case of AIADMK founder MG Ramachandran, his fans were members of the DMK. When MGR broke away from the DMK, his fans also went away. But in the case of Rajinikanth and others, their fans are in different parties and it is up to them to decide to vote for the party or for the movie actor,” Elangovan said.

On political parties gravitating towards Rajinikanth, the DMK leader said that the actor has not spelt out his economic and other policies yet.

Political commentator Maalan Narayanan said: “The Congress, MDMK and the left may not leave the DMK and join hands with Rajini. But others might do. The anti-AIADMK/DMK votes may go to Rajini. There is one segment of voters who want an alternative to these two parties for a long time,” Narayanan added.  (Agency)