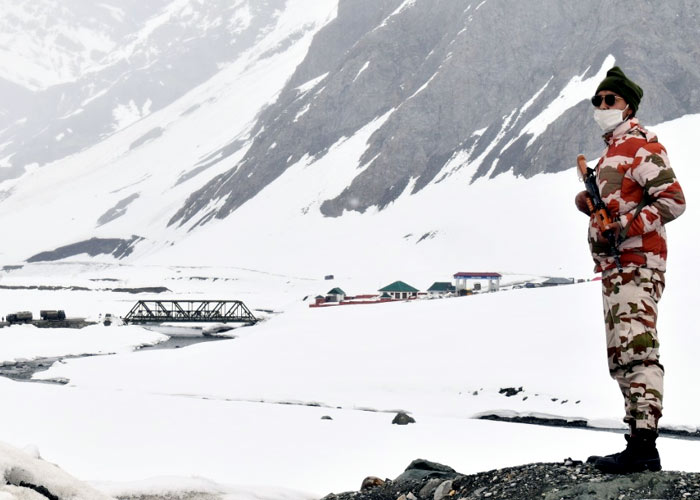 We have not learnt our lessons from history. Only the historians have. It will not be entirely irrelevant to discuss, once again, China’s intrusion in 1962. At the time, Jawaharlal Nehru’s chief spy was the son of Bengal, Bhola Nath Mullik. He received the Padma Bhushan in 1964. Many have criticized this Bengali babu for his failure to warn Nehru about China’s intent. Rather, the military officials understood China’s “aggressive strategy”.

Bhola Nath had written a book where he revealed that he had mentioned to Nehru the possibility of Chinese aggression. But Nehru told his chief spy it was not believable that the Chinese would come from the Siachen Glacier side during the cold of November-December. Bhola Nath Mullik’s book is titled ‘My days with Nehru’.

A few days ago, Srinath Raghavan of the Centre for Policy Research wrote in an article that during that time, the intelligence wing would look after both internal and external security affairs. That was because R&AW was yet to be formed. Later on, Indira Gandhi set it up. Mullik was made the first chief of R&AW.

Mullik’s spy wing handed over reports to Nehru between April and October 1962 stating that the Chinese were active on the border and it was apparent that they were trying to demonstrate their strength. Many other fact-based reports were provided.

In these, Mullik stated that the Chinese consulate had mentioned to some Communists in Kolkata that Beijing wanted to forcibly remove some posts in Ladakh because Beijing believed those areas did not belong to India but to China. Mullik informed the Prime Minister, Defence Minister and the Home Minister about this. The Prime Minister, instead, asked the IB to gather China’s response on the alarm raised by the Indian intelligence officers.

Usually, this never happens. On the reports provided by IB, the intelligence operatives would have on their own collected the response from China. This work was supposed to be done by the Joint Intelligence Committee. Secondly, the Intelligence Bureau, after analyzing the situation again sent a report and said, based on China’s demand from 1960, the Chinese army was in a position to cover all areas on the border where the Indian Army was not present, though not in the areas where the Indian army was deployed.

Although Mullik himself had been unsure from 1959 about China’s ‘Forward Policy’, there was the possibility of an attack — that’s what had been stated throughout. After this, in October-November, the attack happened. Fifty-eight years after the mistake made by Nehru, which is commonly known as the ‘Himalayan blunder’, did Narendra Modi step into a similar trap set by China? Mao Zedong had deceived Nehru under the pretence of friendship. Did President Xi Jinping betray Modi in the same way?

There is no doubt on the question of betrayal. But, unlike Mullik, there was no intelligence chief this time who informed the Prime Minister with a report saying there was scope of an attack by the Chinese.

Nehru had loopholes in his ‘Tibet Policy’. On November 29, 1950, Tibet had made a plea to the UN for equal stature, which is of a separate nation. Since Tibet was not a part of the UN at the time, their statement was recorded by the UN secretariat as an NGO. Hence, Tibet appealed to the Indian government to raise the issue at the UN. But, Nehru did not wish to infuriate China.

Hence, on the issue of Tibet, instead of going in for any diplomatic bargaining, India chose the path of maintaining peaceful understanding with China and advised Tibet to resolve its issues with China. In Beijing, India’s ambassador K.M. Panikkar did not even acknowledge in his report that the Chinese army had intruded into Tibet.

Rather, India was more keen to see that China was included in the UN. It’s surprising that at the UN, Nehru agreed to an election in Kashmir but he was not willing to discuss Tibet with the UN’s Security Council, not even in the UN General Assembly.

On April 29, 1954, India signed the Panchsheel treaty with China. In his autobiography ‘Freedom in Exile’, the Dalai Lama had written that it appeared as if the entire world had turned their face away from the Tibet issue. He continued, that the worst part was that India, Tibet’s neighbour and in the perspective of spiritualism its ‘guru’ — as in spiritual mentor — had accepted China’s demand over Tibet.

Ambedkar had nurtured a different opinion regarding Nehru’s decision. He stated that if Mao had trusted the Panchsheel agreement, he wouldn’t have behaved with the Buddhists of his own country in the way he did. It must not be forgotten that Ambedkar himself was christened as a Buddhist at that time.

With the Panchsheel agreement, even if Nehru had tried to hush up the dispute over the borders regarding Aksai Chin and McMahon line, he never succeeded. Chou En Lai had visited India many times during that period. Nehru also visited China. But nothing fruitful happened. In his book, ‘India-China Boundary Problem 1846-1947: History and Diplomacy’ venerable lawyer A.G Noorani wrote that in Mountbatten’s report, it was stated that the northern margin was ‘undefined’.

In 1948, in the report published by Sardar Patel as the Home Minister, the McMahon border was defined, but Aksai Chin remained a controversial area. Mountbatten was in a hurry and, therefore, in 1947, during the transfer of power, this border issue remained unresolved.

In 1962, prior to the Chinese aggression, it isn’t clear what was the aggravation for Nehru-Menon to move forth with the ‘Forward Policy’. This military manoeuvre enraged China. Many checkposts were suddenly set up on the border, about which India had had no prior discussions with China. In Kuldip Nayar’s ‘Beyond the Lines’ it is said that Nehru had issued instructions for the construction of 64 checkposts.

Actually, in spite of holding discussions continuously with Chinese leaders, Indian leaders failed to understand them and, in all probability, even today they are not being able to understand them. When he went to meet Chou En Lai in the beginning of 1950, Nehru made a mention of the rectification of the map, but Chou En Lai stated that it was the map of old ‘Kuomintang’, it’s been days this has not been reviewed. But not for once he said that the map was wrong and it required to be changed.

However, in his book ‘How India Sees the World: Kautilya to the 21st Century’, former Foreign Secretary Shyam Saran wrote that Nehru had the notion that Chou en Lai had practically accepted the point on the rectification of the map.

What is China’s position on Kashmir? About this, in the same manner, just prior to the war in 1962, R.K Nehru also had the same misconception. He was the Secretary General of the Ministry of External Affairs. He went to Beijing to meet Chou En Lai. R.K. Nehru questioned him about Kashmir. Was China inclined towards Pakistan?

Jammu-Kashmir was a disputed area — did China have to say the same thing? Replying to this Chou en Lai said, Did China ever say that in Kashmir, India’s sovereignty was recognized?

It would have been the right thing to do had R.K Nehru received a clear statement from the Chinese by pressuring them. The Chinese speak in such a sweet manner that Indian leaders fall for it. Shyam Saran described this as “Misplaced sense of assurance”. Actually, China had never given an assurance of any sort. We thought it was an assurance.

Nehru never wanted to believe Bhola Nath Mullik’s report. Being taken in by the Panchsheel philosophy, he failed to read the Chinese correctly. I hope Modi will take his lessons from history. As Confucius said: Study the past, if you would divine the future.