Home National Who is Sanjeev Chawla? 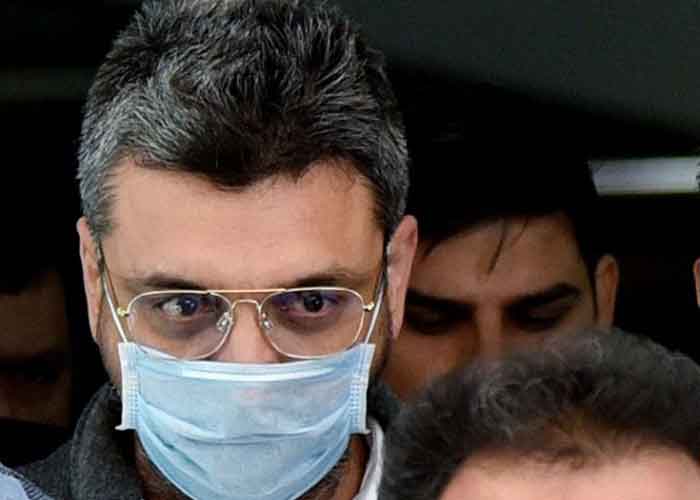 With Delhi Police finally getting its hands around key bookie Sanjeev Chawla’s neck as he sets foot in India on Thursday almost two decades after one of the biggest match-fixing scandals erupted on the international cricket scene, it is time to know the key accused in the 2000 spotfixing case involving late South African captain Hansie Cronje and several Indian former cricket stars names, who were alleged to have been involved.

Delhi Police on Wednesday got custody of Chawla, and after completing legal formalities for his extradition from a UK court, flew to Delhi with the now 50-year-old bookie.

According to the court documents filed by Chawla in the UK High Court, he is described as a Delhi-born businessman, who moved to the UK on a business visa in 1996, where he has been based while making trips back and forth to India.

In 2000, his Indian passport was revoked. He was granted indefinite leave to remain in the UK in 2003. In 2005, he got UK passport and has since been a British citizen.

In details of the case that emerged in court, Chawla was introduced to Cronje in January-February 2000.

It was suggested to Cronje, by Chawla and another person, that he could make significant amounts of money if he agreed to lose cricket matches.

Money was paid to Cronje at the time of the pending South African tour to India.

The tour took place in February-March 2000, with Chawla, Cronje and others conspiring to fix cricket matches in exchange for payment, with Chawla reportedly playing a central role, including direct contact with Cronje, who was killed in a plane crash in June 2002.

Both Chawla and Cronje were named in a 70-page charge sheet by the Crime Branch for “fixing matches played between India and South Africa from February 16, 2000 to March 20, 2000 in India”, according to reports.

The scandal broke in April 2000, when Delhi Police intercepted a conversation between blacklisted bookie Chawla and Cronje, in which it was learnt that the South African captain had accepted money to lose matches. Chawla has also been accused of offering money to two England players in August 1999.

As soon as Delhi Police filed the FIR in the first week of March 2000, Chawla moved to the UK. He had gone there for the first time on a business visa in 1996, but his Indian passport was revoked in 2000, and he obtained a British passport in 2005.

On June 14, 2016, Chawla was arrested in London following India’s request for his extradition, and UK officials then asked Delhi Police for details of security arrangements and facilities in the jail he will be kept in. This was done after Chawla raised several questions about security and facilities in Indian jails.

The UK High Court had dispatched a sealed envelope to Home Department to take a final call on Chawla, whose appeal against extradition was turned down by two judges of the High Court on Thursday, highly placed sources in Delhi Police told IANS.

London based businessman Sanjeev Chawla, who turned a major bookie for the D-Company in the late 1990s, would be the second person to be extradited from London since UK signed an extradition treaty with India in 1992.

Sources said that Chawla operated one of the biggest betting syndicates in late 1990s under the patronage of Mumbai-based business tycoons and operatives of D-Company. While Chawla fixed matches through top cricketers in South Africa, India, Pakistan and other countries, D-Company ensured that bids are settled smoothly through overseas hawala transactions. The spot fixing scandal was patronised by D-Company boss Dawood Ibrahim and his lieutenant Chhota Shakeel.

According to a Daily Mail report, for the past 10 years Chawla has been living with his wife Deepika and their two young sons in a 1 million pound rented six-bedroom property in Temple Fortune, north London. He runs a catering business in Kennington, south-east London.  (Agency)