Home Global US elections would be irregular by standards of India, other nations 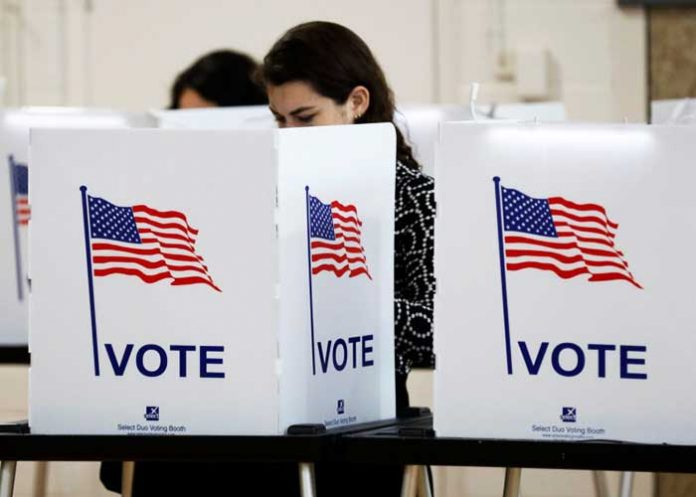 New York, Oct 31, 2020-
The way the US conducts its presidential election would be considered irregular — and even illegal — in India and many countries.

Elections are conducted by state and local agencies with different formats, rules and even machines in the US, while the Federal Election Commission is concerned mostly with regulating the political contributions, in money or in kind, that are governed by complicated regulations.

Some US politicians and the media denigrate the election process in other countries, especially developing nations, but the US system is also flawed.

The most glaring questionable aspect of elections here is allowing open appeal to religion, and major parties openly do communal propaganda and have religious units.

Democratic presidential candidate Joe Biden, for example, issued a separate manifesto for Muslims, which turned Kashmir from an international affairs issue into a communal one. (But there wasn’t one for Hindus.)

President Donald Trump’s son Eric visited a Hindu temple in Atlanta this year and in Florida in 2016.

The two candidates’ official campaigns have religious units like Hindu Voices for Trump and Hindu Americans for Biden.

The voting process has been heavily politicised this year, reflecting the national polarisation, and some of its problems have been exacerbated by the coronavirus crisis.

Democrats pushed for widespread use of postal votes — officially known as absentee ballots — and early in-person voting because some people fearing crowds due to the COVID-19 pandemic may not want to go to the polling booths on November 3.

As of Friday, about 85 million citizens had voted.

Some states like California — the most populous in the country — and New Jersey have sent out postal ballots to all the registered voters.

President Donald Trump has questioned the integrity of the election process with so many postal ballots.

ALSO READ:
Your guide to US election night blowout: How to watch, what to track

But both his Democratic rival Joe Biden and most of the mainstream media have brushed aside criticism of the system and accused him of undermining democracy by raising doubts about the electoral process.

There are, however, several valid reasons to wonder about the integrity of the system.

In New York, 100,000 postal ballots were sent out with wrong names and addresses names of voters.

Some postal ballots cast in favour of Trump were found in garbage in an election office in Luzerne County in Pennsylvania.

In Patterson in New Jersey, the entire city council election this year was thrown out by a judge because of widespread fraud involving the postal ballots.

The Democratic Party opposes it claiming that many poor people, especially non-Whites, do not have picture IDs and cannot afford to get them.

In New York, for example, a voter has to show a proof of identity — not necessarily with a picture — only the first time and needs no proof in subsequent elections — which could facilitate voter impersonation.

For postal ballots a state can even drop the condition that the signatures on the voter registration and the declaration sent with the ballot have to match.

The Pennsylvania State Supreme Court ordered the local administrations that conduct the presidential elections to not reject votes even if the signatures are different.

Postal ballots can be bought or stolen or taken from people by activists to cast them the way want, especially when they are mass-mailed without requests from voters.

There were immense problems with postal ballots in the primary elections — the intra-party voting conducted by election officials earlier this year.

In New York City 21 per cent of the postal ballots were rejected on technical grounds, sometimes frivolous.

Suraj Patel, an Indian American candidate, lost the primary for a Congressional seat in New York by 3,256 votes to the sitting candidate backed by the Democratic Party establishment. He wrote in an article in The Washington Post that some votes were invalidated because the “envelope was sealed by tape instead of saliva.”

Candidates have to qualify separately in each state with different requirements to be on the ballot even when they are running for the national office of the president.

Sunil Freeman, an Indian American running for vice president on the Party of Socialism and Liberation ticket, will be on the ballot in only 14 states.

States have different timetables for starting and closing the voting and counting the ballots.

Many states allowed early in-person voting so that voters don’t have to go on November 3 to cast their ballots and they start on widely differing days: Minnesota starts it 46 days before the election day and Oklahoma five days early, while some like Biden’s home state of Delaware does not have it at all.

North Carolina will accept postal votes up to nine days after November 3, while in Pennsylvania it will be three days.

With the voting taking place in some places even before the final debate between the two candidates, Trump has asked those who voted for Biden to go and revote.

Some states allow people who had voted in the early voting process in-person or by post to go to their polling both and reverse their vote.

Earlier, when Trump told his supporters who vote by mail to go and try to vote again in person, Biden said he was encouraging a felony, even though it is legal in some states.

Election campaigns on TV and other media take place right up to the elections.

The ads can be very vicious. Nicole Malliatokis, who is running as a Republican for a House seat from a New York constituency, had the four-letter word in one of her ads against the sitting Democratic member Max Rose. The word was bleeped out when airing on TV as stations are banned from broadcasting that and certain other obscenities.

Compared to India, the use of money is probably much more tightly controlled in US elections — a bright spot — facilitated by the legal provisions to raise funds circumscribed by various regulations monitored strictly by the Federal Election Commission.

The father of the Indian American member of the House of Representatives Ami Bera received a year’s prison sentence for contributing about $270,000 to his campaign, while the hotelier Sant Singh Chatwal who was convicted of illegally funnelling $180,000 to Hillary Clinton’s senate campaign was not sent to prison.

In a way, the provisions for making open legal contributions to campaigns and candidates also makes it possible to buy influence legally — but it can be tracked.

There is, however, one exception to the strict laws. On election day, there is a practice of giving out what is called “walking money” or “street money” to candidates’ canvassers or local party officials for expenses like transporting voters.

Full accounting for these funds is not required and sometimes the money is given out at a very low level to get votes. (Agency)