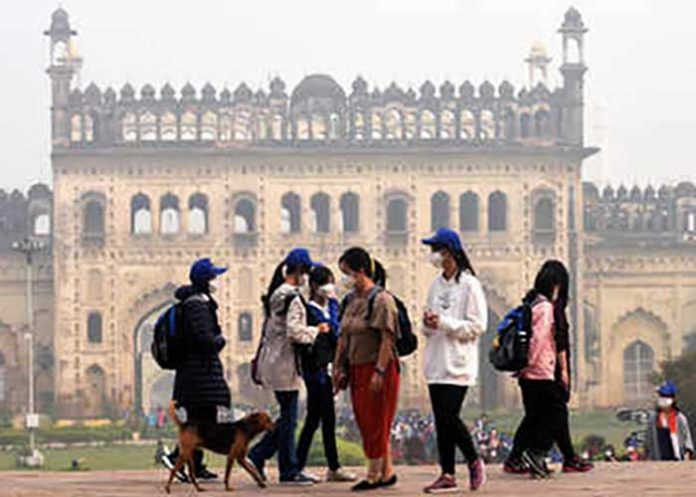 Lucknow, Oct 22, 2020-
The air pollution level in Lucknow has crossed the 300-mark on the Air Quality Index, making it the third most polluted city in the country.

For the first time in October, Lucknow had an Air Quality Index (AQI) of 328, figuring in the ‘very polluted’ category on Wednesday.

The Central Pollution Control Board (CPCB) listed seven cities with AQI above 300 for the category. Three of these are in Uttar Pradesh. Besides Lucknow, the other two are Meerut, which is ranked second in the state followed by Baghpat.

According to environmental experts, “In Uttar Pradesh, around 96 flyovers are under construction and vehicular movement is at its peak due to the festival season. Weather conditions are favourable for a spike in the air pollutant levels.

“Since temperatures are going down, particulate matter is suspended in the air and low wind speed is not allowing the dust to disperse.”

They further said that as winter sets in, the situation could worsen and people would be more susceptible to respiratory disorders, especially during the pandemic. (Agency)