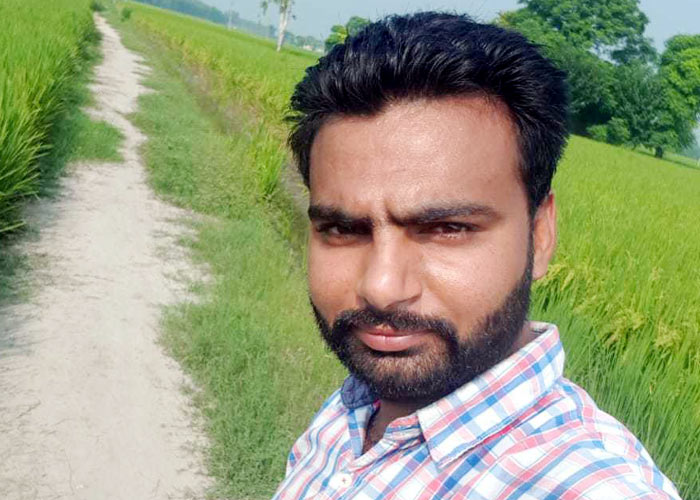 The efforts of the Punjab government against stubble burning are serving its purpose. Under the leadership of Deputy Commissioner Mr. Ghanshyam Thori, Agriculture and Farmer Welfare Department, Sangrur is carried out many activities including awareness camps to motivate farmers not to set crop residue on fire. Therefore, farmers are showing interest in crop residue management.

Gaganjit Singh, a 28-year-old farmer of village Ghabdan (Sangrur) has shown a way to many others by managing crop residue. 10+2 pass, Gaganjit Singh took to farming as profession 10 year ago and his family owns 10 acres of land.

Initially, he used to make straw bales with baler machine. After that he started to use happy Seeder (used for sowing of crop in standing stubble) to sow wheat and it results bumper increase in production of crop, he added.

DC invites farmers to get benefit of subsidy schemes

Gaganjit shows the way for others: CAO

Chief Agricultural Officer, Sangrur Mr. Jaswinderpal Singh Grewal said that farmers like Gaganjit Singh are an inspiration for others. He urged the farmers of the district not to set crop residue on fire and suggested farmers to go for environment friendly management of crop residue.