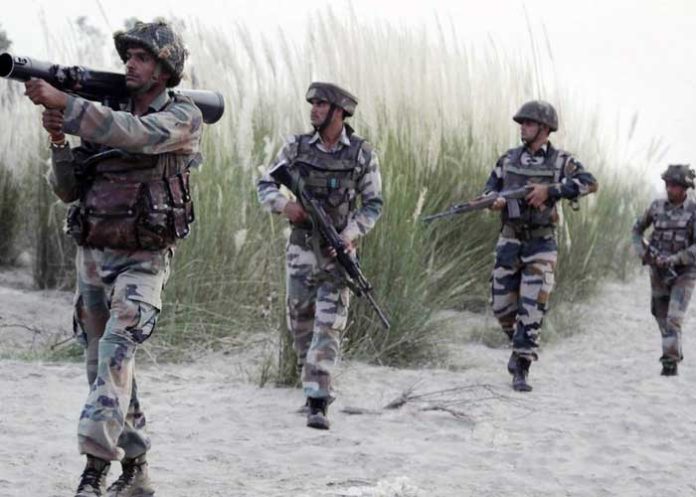 The Army said on Monday that security measures have been enhanced in light of perceived terrorist infiltration into the country through the Sir Creek estuary in Gujarat bordering Pakistan for possible attacks in southern India.

According to the Army, a number of abandoned boats had been discovered in the Sir Creek area, raising suspicion about the possibility of armed militants having been used them to enter Indian territory.

Lieutenant General Satinder Kumar Saini, GoC-in-C of the Army’s Southern Command, told media on the sidelines of an event in Pune on Monday that adequate measures are being taken in Sir Creek to avert security threats.

“We have got many inputs that there might be a terrorist attack in the southern part of India and peninsular India. Some boats have been recovered in the area of Sir Creek. We have undertaken capacity building and capability development in the area of Sir Creek keeping in mind the enhanced threat perception. We are taking precautions to ensure that any of the designs of the inimical elements or terrorists are stalled,” said Saini.

The Navy, too, had issued a security alert along the western coast in August following intelligence inputs about the possibility of militants entering the country using the Sir Creek route. Chief of Naval Staff Admiral Karambir Singh had said in Pune, citing intelligence sources, that Pakistan-based terrorist organisation Jaish-e-Mohammed is training militants to carry out underwater attacks on India.

“We have received intelligence that the underwater wing of Jaish-e-Mohammad is being trained for attacks. We are keeping track of it and can give an assurance that we are fully alert to foil any such design,” Admiral Singh had said.

Following the Indian Navy’s security alert, Adani Ports had issued an advisory upon its shipping agents and stakeholders to inform their vessels and also to report any suspicious activity in the sea to marine control station and port operation centre immediately.  (Agency)