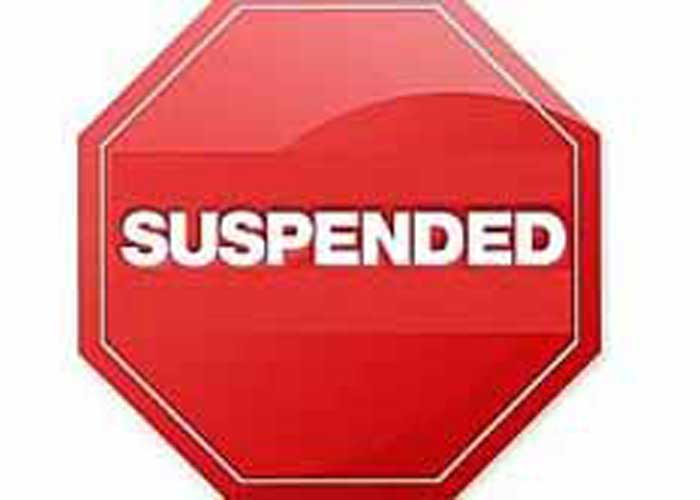 The Haryana Revenue department has suspended six officials for allegedly registering land deeds in violation of the Haryana Development and Regulation of Urban Areas Act.

Those placed under suspension with immediate effect include one tehsildar and five naib tehsildars.

Finance Commissioner and Additional Chief Secretary Vijay Vardhan has suspended these officials for alleged irregularities in 1,200 plots during the lockdown period.

“We have started legal action and vigilance inquiry will be initiated against those officials guilty of registering properties during the lockdown period without obtaining the mandatory no-objection certificates (NOCs) in Gurugram district,” Vardhan said.

The action was taken after a person named Ramesh Yadav, who is also an RTI activist, had obtained documents pertaining to registries put in the public domain.

The RTI application was filed at the district revenue office (DRO) in Gurugram on June 10, 2020.

The tehsildar named is Bansi Lal while the naib tehsildars are Dalbir Singh Duggal of Sohna, Hari Krishna of Badshahpur, Jai Prakash of Wazirabad, Desh Raj Kamboj of Gurugram and Jagdish Kumar of Manesar.

These officials allegedly allowed the registry of land to take place in the municipal corporation as well as in the rural and industrial areas of the district.

In the preliminary investigation, officials have found violations of section 7-A of the Haryana Development and Regulation Areas Act, 1975. The officials reportedly allowed the illegal registration of land and plots without the mandatory NOC from the department of town and country planning.

As per norms, an agricultural land falling under the control area cannot be bifurcated below the size of 1,200 square yards.

“The matter is under investigation and strict legal action will be taken against the officers or employees. They may face criminal charges and a vigilance inquiry,” an official from the Deputy Commissioner’s office in Gurugram said.

“Registration of properties due to irregularities will also be revisited. Stern action will be taken against the involved officials of the revenue department, city and village planning department or urban local bodies department or any other in this matter,” he said.

The registration of these illegal properties was done at seven tehsil offices including Kadipur, Wazirabad, Gurugram, Harsuru, Badshahpur and Sohna.  (Agency)