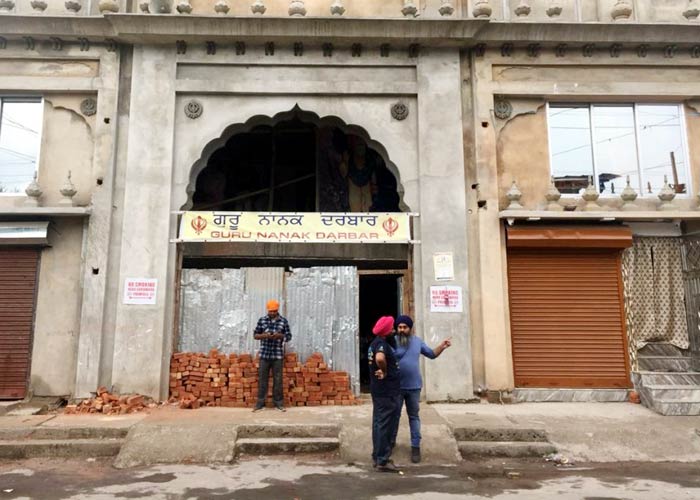 As the legal case for the eviction of Shillong’s Sikh community approaches, UNITED SIKHS today released a timeline of events leading up to the forced relocation, dating back to an outburst of mob violence last year. According to the community, the administration and local politicians want them to be shifted to the outskirts of Shillong so the land could be used for commercial purposes, including to build a shopping mall.

Year 1853: Sikhs settle in Shillong. They live here for 100+ years among the native Khasi tribe. The local Syiem (head) of Mylliem (village) had given them the piece of land to settle permanently this same year.

Fast forward to May 31, 2018: A dispute between a local Sikh woman and Shillong Transport Service Driver escalates in the community, leading to an outburst of mob violence around the local gurdwara, homes and businesses. Hundreds of homes are uninhabitable due to damages — 1,200 individuals sought shelter at the gurdwara.

June 1, 2018: UNITED SIKHS is contacted by Shillong’s gurdwara leaders and asked to intervene on egregious human rights violations and to provide humanitarian and legal aid. The local government imposes a complete lock down and cuts internet access to the outside world for weeks and begins a land survey, taking steps towards forced relocation of Shillong’s Sikhs. Due to the lock down, hundreds of Sikh families lose their daily income.

July 2018: UNITED SIKHS is contacted by the families of three Sikh youth (Gurpreet, Anil and Bittu) who were unlawfully detained at the local police station during an investigation into the mob violence. The UNITED SIKHS legal team takes on their cases and all three young men are released within days of each other, citing they had no part in the mob action.

Jan. 2019: UNITED SIKHS work with gurdwara and community leaders to file a case that would secure the land for Shillong Sikhs against any development or forced relocation, as it was legally bestowed in the 1800s.

May 2019: UNITED SIKHS legal advocates file a legal case stating that the residents of the Punjabi colony cannot be evicted, as Government of Meghalaya is trying to evict them in illegal manner in the garb of relocation. Documentation that the land was legally bestowed to the Sikh community is submitted.

June 2019: UNITED SIKHS legal advocates submit before the court that the Government is regularly sending notices to residents, threatening to throw them out from their homes in the garb of relocation. We requested the court to stop the Government from such acts and let the matter be decided by the court.

“Through tears, numerous residents today have expressed concerns that they are being forced out of the land their forefathers were given by the government centuries ago,” said Delhi High Court Lawyer Baljinder Singh, Senior Legal Advisor for UNITED SIKHS. “The ongoing tension has brought to the forefront a long-standing dispute between the minority Sikhs and the indigenous Khasi people, who have been pushing the Meghalaya government to relocate Sikh residents from the homes they’ve inhabited since British rule in India.”

The Meghalaya Government ordered a land survey after reports of mob violence in May 2018, resulting from a dispute between a local Sikh woman and Shillong Transport Service driver. At the direct request of Punjabi Lane’s Gurdwara Committee, UNITED SIKHS arrived at ground zero in the midst of the crisis to provide humanitarian aid to residents of all faiths, including new bedding, food and water distribution, fire extinguisher installation and fire safety training.

At the height of the crisis, approximately 1,200 individuals sought shelter at the local gurdwara. A total of 350 families were affected by petrol bombing, and three Sikh youths were unlawfully detained due to false reports of violence. UNITED SIKHS has since successfully advocated for the release of the youths.

“Sikhs have been living here since 1853 when the British brought them as soldiers and sanitation workers,” said Gurjit Singh, Shillong Community Leader. “This used to be a wasteland owned by the Khasi royalty, who made an agreement with the British rulers and donated the land for our ancestors to stay.”

Sikhs moved into the city even before the 1857 revolt happened. The British expanded their footprints all over India and set up their bases in Shillong during the 1850s. The British had brought Sikhs from Punjab for work that the locals were unable to do. The residents of Punjabi Lane state that the local Syiem (head) of Mylliem (village) had given them the piece of land in 1853 to settle there permanently.

Shillong Sikhs have proof that the Syiem of Mylliem had confirmed the grant of land for permanent settlement in a 2008 letter to the Meghalaya State Electricity Board Chairman. The letter mandated that the land was given to Tribes from Punjab after an agreement between the Raja of Mylliem and the British administration was reached. The pact was signed on December 10, 1863. The Shillong district administration had since identified the Punjabi Lane as an illegal colony and issued an eviction order. The residents moved the Meghalaya High Court, which stayed the eviction order in 1986. 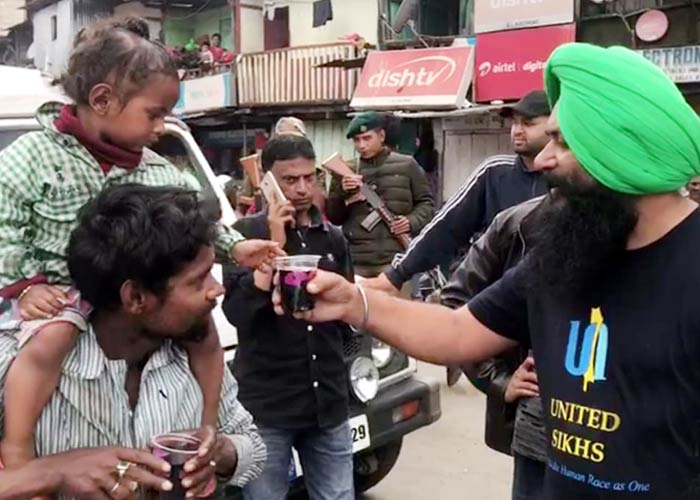 To address the long-term needs of Shillong residents, the UNITED SIKHS legal team obtained evidence that supports the Sikh community’s rights to the disputed land. Under constant duress, residents face constant threats of petrol bombs hurled at their wood dwellings and believe the government-sanctioned land survey is putting Sikhs at risk of permanently losing their homes.

“When a community calls for help, UNITED SIKHS make it our mission to answer,” said Mohinderjit Singh, UNITED SIKHS Humanitarian leading relief efforts in Shillong. “Residents have stated time and again that they believe real estate dealers and local leaders are trying to move them so they can build a shopping complex on the land. This concern goes beyond gentrification – it is affecting their daily quality of life and mental health, which is already impacted by extremely harsh living conditions.”