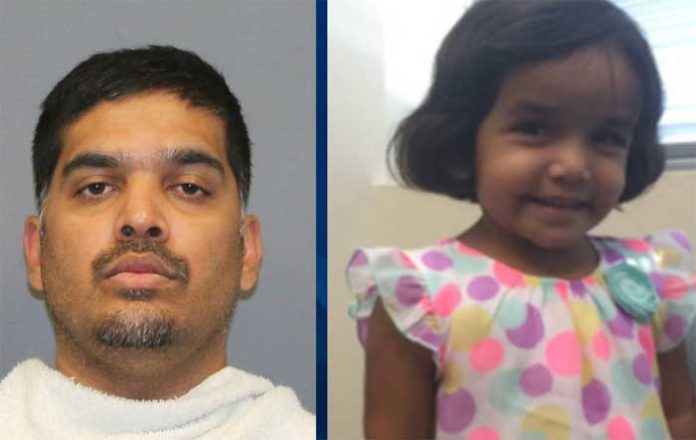 Wesley Mathews, an Indian-American man who was sentenced to life imprisonment over the killing of his three-year-old adopted daughter Sherin Mathews in Texas, has been denied a new trial in the case, a media report said.

Wesley was convicted in June and is currently serving life sentence. Mathews’ lawyers had sought a new trial for their client and claimed that jury members may have been biased as they were shown the pictures of the victim’s dead body, The American Bazaar reported.

The child’s pictures, as it was discovered in a culvert near her home in Richardson, Texas, might have influenced the jury to decide against Wesley, according to his defence team, which filed a motion for a new trial last month.

But the judge decided against it on Thursday morning.

He will be eligible for parole after serving 30 years.

Sherin disappeared on October 7, 2017, and Wesley had initially told the police that he had sent her out in the wee hours of the morning as punishment for not drinking her milk.

Wesley later admitted to the police that the child choked while he was making her drink milk and died in their home. He added that he wrapped the girl’s body in a blanket and placed her inside the culvert.

He and his wife, Sini Mathews, adopted the child from India in 2016. The woman was also charged with child abandonment but her case was dismissed earlier this year due to lack of evidence.  (Agency)