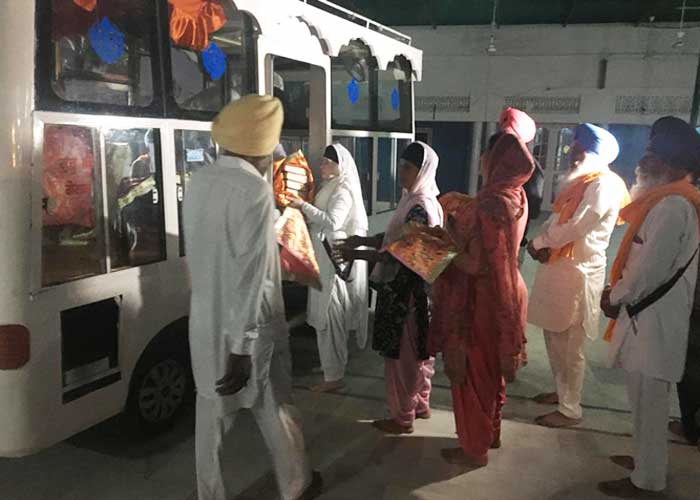 Earlier police was were deployed around the Club when some religious and social organizations had raised concern over keeping of holy books in a place where liquor and non-vegetarian food was being served.

The Deputy Commissioner stated that a written request was received in this regard from the Club members following which the district administration decided to shift the holy books.

“Keeping the sanctity of the holy books, we followed the Sikh religious ceremony while shifting them from the Club area to the gurudwara where due care of the books as per the maryada can be taken on a day to day basis so that religious sentiments of the followers are not hurt in any manner,” the Deputy Commissioner said. He added that ardas was performed before these books were taken out by the five baptized Sikhs amidst tight security.

SDM Bathinda Amrinder Singh Tiwana under whose supervision the process of shifting the books was initiated in the morning today said, “The Club members had demanded the shifting of these books from the Club.”

He said that the religious books had been kept in the Club which have now been shifted to an appropriate place. He said that a detailed report in this regard has also been submitted to the office the Deputy Commissioner.