Home Punjab Repeated somersaults by Capt Amarinder in media do not behove a CM:... 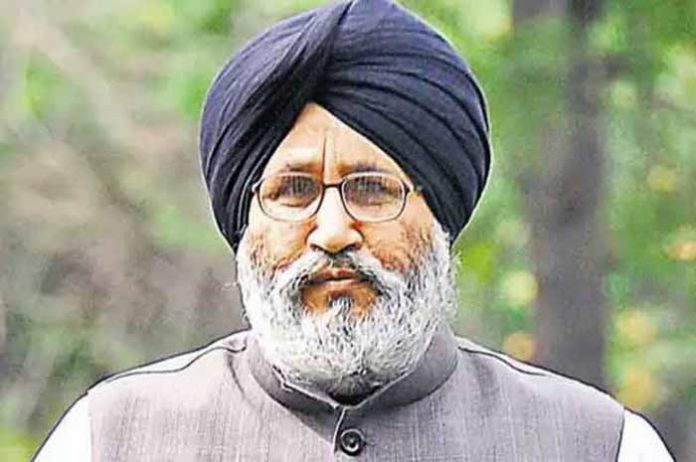 The Shiromani Akali Dal (SAD) today advised chief minister Capt Amarinder Singh not to shy away from admitting the truth after making a confession and said it did not behove a chief minister to make repeated somersaults in the media to justify his contradictory stands on the tragic sacrilege of Sri Guru Granth Sahib Maharaj.

In a statement here, former minister Dr Daljit Singh Cheema said it was unfortunate that instead of concentrating on governance the chief minister was spending his entire time in trying to wriggle out of the confession made by him to a national daily admitting that he was wrong in blaming the Akali leaders, especially Sardar Parkash Singh Badal, for the acts of sacrilege.

He said the confession apparently was not liked by a section of Congressmen who were now putting pressure on the CM to withdraw it. “Instead of creating another false narrative it is better you admit the truth and reiterate it to establish your credibility”, Dr Cheema said adding “there is no harm in sticking to the truth”.

Asserting that people were seeing through the repeated flip flops being made by the chief minister on the sacrilege issue, Dr Cheema said “how can you first demand a CBI reinvestigation into the sacrilege cases and then take an about turn?” He said the truth of the case was there for everyone to see.

Dr Cheema said On August 1 the Advocate General gave a statement contrary to this following which the chief minister made another turn around in the Vidhan Sabha saying the CBI had no business to reinvestigate the case.

“This was followed by another u-turn in an interview to the media two days back in which the CM said the SIT Chairman did the right thing by writing a letter to CBI to reinvestigate the case and that if this had not been done the case would have been over by now.

We already know that the CBI also stated in court that it was starting reinvestigation in the case on the demand of the Punjab government”.

Stating that the Congress party and Capt Amarinder Singh did not want to get to the bottom of the sacrilege case and were merely politicizing it, Dr Cheema “what other reason can there be to disrupt the investigations with repeated contradictory statements?

This only exposes your real purpose which is to continue to stir the sacrilege case and keep in alive till 2022 assembly elections to distract Punjabis from your abject failures on all fronts”.

Reminding the chief minister that he had always stood for a CBI inquiry into the tragic cases of sacrilege, Dr Cheema said even when Capt Amarinder was in the opposition he had demanded that the sacrilege cases be referred to the CBI. “This has also been the view of the Congress high command and former Congress President Rahul Gandhi.

It seems the CM has taken a turnaround only to scuttle the investigations and delay the cause of justice. This is condemnable and against the sentiments of the Sikh Sangat which is wants a speedy investigation and exemplary punishment to those behind this heinous crime as well as the conspirators”, Dr Cheema added.