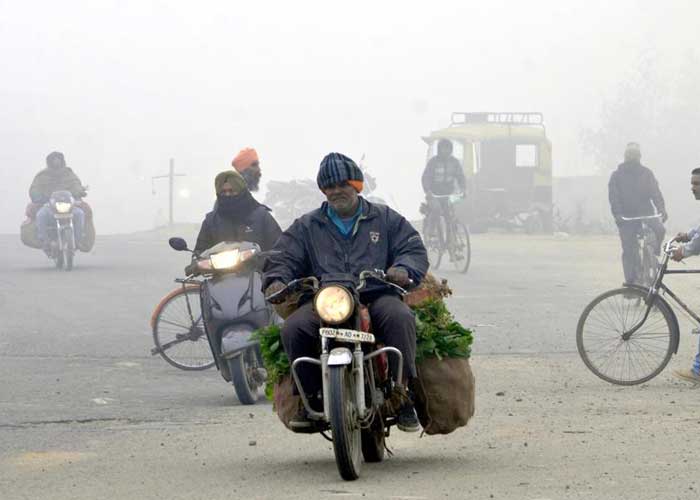 Cold wave conditions intensified on Tuesday with widespread rain in most parts of Punjab, Haryana and Chandigarh and the showers were likely to continue, Met officials said here.

Dense fog conditions will return after the rain, the Met added.

The holy city Amritsar in Punjab saw the highest rain in both the states at 27.6 mm. It recorded a low of 3.7 degrees Celsius, a sharp fall from Monday’s 10.2 degrees.

Industrial hub Ludhiana had a low of 5.8 degrees Celsius with a rainfall of 12.8 mm. Faridkot and Patiala cities in Punjab recorded lows of 4.4 and 6.9 degrees.

Met officials said rain or thundershowers could take place in parts of Punjab and Haryana over the next 24 hours.

In Haryana, Hisar and Narnaul town had a low of 3.5 degrees each, while it was 7.6 degrees in Ambala, 8 degrees in Karnal and 4.4 degrees in Sirsa.