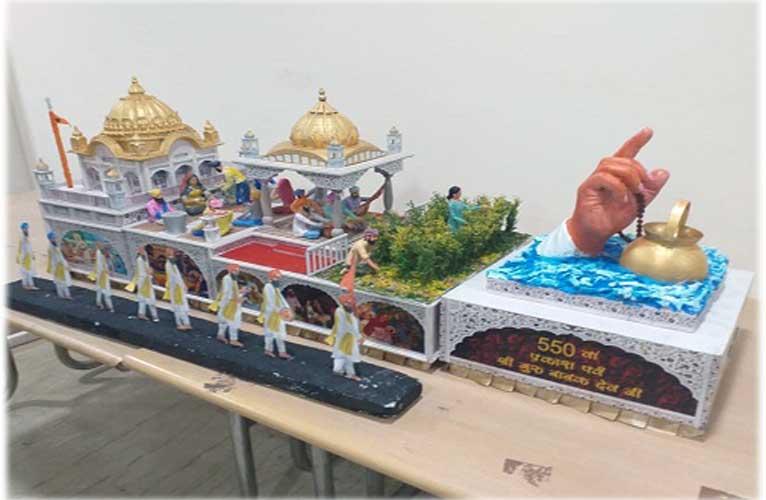 ‘Kirat Karo’, ‘Naam Japo’ and ‘Vand Chhako’ is the theme of Punjab’s tableau at the Republic Day parade in New Delhi on January 26, an official said on Wednesday.

“The tableau of the state is dedicated to the ideology of Guru Nanak Dev to mark the year-long celebrations of the 550th Prakash Purb of the founder of Sikhism’, an official spokesperson said here.

The spokesperson said the state has made an endeavour to showcase the basic philosophy of Guru Nanak Dev Ji, which has an even stronger relevance in contemporary times, in terms of his message of ‘Kirat Karo’ (earn livelihood by honest means), ‘Naam Japo’ (constant chanting of the name of God) and ‘Vand Chhako’ (share the fruits of labour).

He said the tableau gives a serene aura of the all pervasive teachings of Guru Nanak Dev. The tractor portion starts with a larger than life hand depicting the concept of ‘Oneness of God’.

The end of the trailer depicts a Gurdwara.  (Agency)