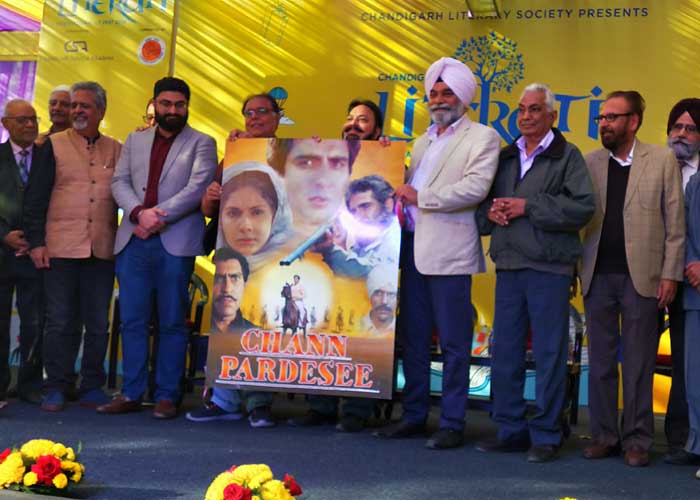 Majority of the cast members of the Panjabi movie had got together after 40 years and relived their memories and shared with the audience at the afternoon session of Literati, moderated by Raavi Pandher.

This was a movie in which most of the team members were raw in their experience and many of them theatre artists, recalled Manmohan Singh, who, driven by extreme passion, had got together to create legendary cinema. Even Raj Babbar, Amrish Puri, Om Puri, Kulbhushan Kharbanda slept on make shift charpoys and never ever complained about the conditions or their fee.

Manmohan Singh recalled that Bollywood actress Simi Grewal was the initial choice for the movie but with her ignorance about Panjabi language, the idea was dropped and Rama Vij was signed up.

They recalled how Raj Babbar, a novice at driving tractor, almost ran over the camera team and hit a tree as tractor went out of control, and how Amrish Puri, though a trained horse rider, almost escaped sheer death-like situation when the horse galloped into a shed and Amrish Puri just ducked at the nick of the moment and saved himself.

The film has been cleaned up and converted to digirtal format for releasing it again next year, and the poster of the same was released on the occasion.