Home Punjab Punjab will be a desert if robbery of its river waters continues:... 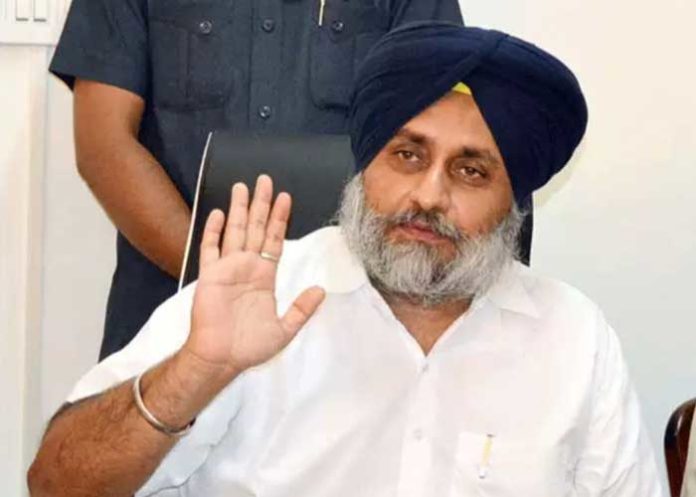 The Shiromani Akal Dal (SAD) President Sukhbir Singh Badal said here today that “Punjab does not have a single drop of water to spare from its rivers for other states. In fact, Punjab faces the horrendous spectre of turning into a desert in the next few years if the broad daylight robbery of its waters continues unabated”.

He said that over 2/3rd of its blocks are already in the red zone where the water level has dropped frighteningly low.” He was speaking to newspersons after a meeting of the Core Committee of the party at the SAD headquarters here this afternoon.

Mr Badal said that legally, constitutionally and historically, Punjab “has exclusive, total and inalienable right over the waters of its rivers. Any authority set up to look into the optimisation of river water usage must first of all address the issue of constitutional ownership through the nationally and internationally accepted Riparian Principle,” said the SAD president.

“On the river waters issue, Punjab seeks no favours. We want and demand what is ours as a matter of natural and constitutional right. The SAD has waged unprecedented democratic battles and made unspeakable sacrifices to protect the rights of our people. There is no compromise on this. As president of Shiromani Akali Dal, which is the sole and historic representative of Punjab, Punjabis and the entire Panth, I am committed to up-holding the party’s glorious heritage of struggle and sacrifice,” said Mr Badal.

The Akali supremo said that Punjab and Punjabis have “made unspeakable sacrifices on the waters of their rivers for other states during the past seven decades and we can no longer afford and bear to cast our future generations into the throes of famine, drought and death by letting our only natural resources, river waters, to be robbed in broad daylight.”

Mr Badal further said that where the interests of the state were concerned, ” the SAD has always risen and will continue to rise” above its own political interests and would fully back and cooperate with the present government in Punjab headed by Captain Amarinder Singh in whatever strong legal or political steps it takes to protect the interests of Punjabis on the Riparian rights of the state.

“Let there be no confusion over this. Our fight against Amarinder stops once the interests of the people of the state are at stake and require us to speaking one voice as Punjabis. Whenever he comes out to defend the state’s rights, he will find in me and in SAD his strongest ally, more reliable than his own party.

I am willing to go barefoot to anyone anywhere to offer my own and my party’s support in protecting the rights and legitimate demands of Punjab and the Punjabis. ‘Punjab, not Politics’ has always been the guiding philosophy of the SAD. As SAD president, I will uphold and safeguard this glorious tradition handed down to me by the great Akali stalwarts,” said Mr Badal.