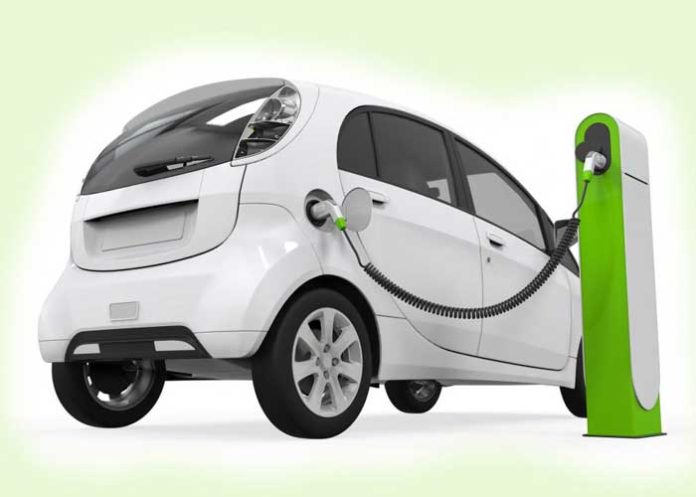 To combat the growing problem of environmental pollution in the state, the Punjab Government has partnered with the World Economic Forum (WEF) to design a Public-Private pilot on shared, clean and electric mobility.

The state, which is also formulating its own EV Policy to support the adoption of e-vehicles, has been chosen for the pilot by WEF as it is well positioned for shared EV transition, and already houses an existing auto component manufacturing base, besides having skilled labour and being power surplus.

The pilot will examine how Public and Private sectors can interplay to offer the most robust and successful EV ecosystem, as part of the collaboration to be formulated at the WEF Annual Meeting in Davos in January 2020, according to Vini Mahajan, Additional Chief Secretary, Investment Promotion and Additional CS, Industries & Commerce, Govt. of Punjab.

The study, said Vini, will form a blueprint for EV implementation across cities and countries worldwide.

The collaboration is just one of the initiatives being taken by the state government, under the leadership of Chief Minister Captain Amarinder Singh, to promote e-mobility as a way to transform Punjab’s transport system into a cleaner one.

The State has already banned new registrations of diesel/petrol 3 wheelers in 5 districts (Ludhiana, Jalandhar, Amritsar, Mohali & Fatehgarh Sahib). It is also encouraging the setting up of EV/Battery units in the new industrial park located over 380 acres in Dhanansu village of Ludhiana district.

Punjab is also set to get India’s first Auto Shredding Plant, with capacity to handle two lakh cars per annum in an 8- hour shift. The plant has been set up in technical collaboration with German technology.

The forthcoming Progressive Punjab Investors Summit (PPIS) 2019 will see e-mobility as a key subject of discussion, with prominent dignitaries from automobile, e-mobility and research institutions participating in the same.

Key delegates from Volvo Group, Virgin Hyperloop One, Mahindra Electric & Hero Electric, SML Isuzu, Hella India Lighting Ltd, among others, will be part of the session to outline the opportunities that prevail in Punjab to be well placed in the global value chain in e-mobility.

The EV policy being drafted by the state government covers the entire value chain of the Electric Vehicle industry and is based on self-sustainable model. Considering the need to generate demand, the policy gives incentives over and above the incentives pronounced in FAME-II. Some of the new incentives include special upfront subsidy, waiver of motor vehicle tax, scrapping of vehicles not compliant to BS-IV. Notably, the incentives have been extended to 2W, 3W, 4W and buses.

To further boost the widespread adoption of electric vehicles, other incentives in the form of green number plates and green corridor have also been included in the policy. To pacify the concern of range anxiety related to adoption of the electric vehicles, the policy lays stress on aggressively spreading the charging infrastructure on both public and private platforms.

To be abreast of the continuously evolving technologies in the EV sector, a special provision has been given for start-ups and Centre of Excellence, which will capture the research and design, as well as incubation requirements, in the field.

The future orientation of the EV policy can be seen in the form of incentives for recycling or reuse of the batteries and the stress on skill development in the sector, pointed out Vini.

Punjab is already well placed as an Auto & Auto Ancillary manufacturing destination, with leading players present in the State, access to large consumption markets and state of art infrastructure. The State houses over 2 Lac MSMEs who are proficient in light engineering, precision manufacturing and heavy engineering components.

Besides being a prominent hub for secondary steel manufacturing in India, with many global players having invested in the sector in recent months, Punjab has various forging units.

Many other auto components such as automobile engine parts, steering system parts, braking components, Gear lever etc are being manufactured and even being supplied to major OEMs, such as BMW, Ford, Honda, Nissan, Maruti Suzuki, Tata Motors, Mahindra etc. The state is also a pioneer in tractor and bicycle production.

Renowned international players such as CLAAS, Freudenberg, Vibracoustic and Verbio Group (German companies) have already built robust vendor networks in Punjab while others like CN IFFCO from Spain are in the process of setting up similar operations.   (Agency) 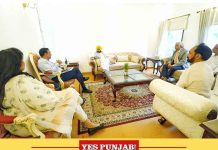 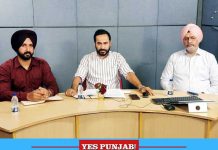 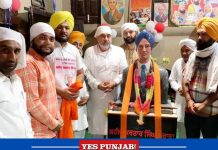