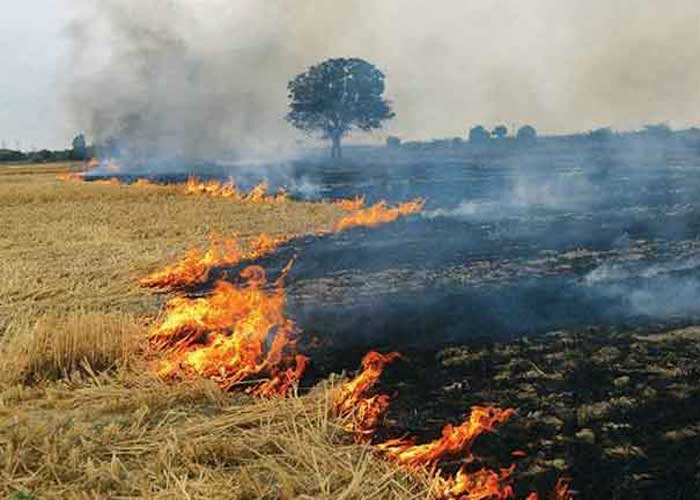 Urging the farmers to refrain from burning Paddy stubble, the Punjab Government on Sunday appealed to the farmers to follow the philosophy of Sri Guru Nanak Dev ji in reverence of 550th Prakash Purb celebrations of first Sikh Guru.

Noting that reckless burning of paddy straw causes irreversible damage to the texture of soil, natural environment and human health, the resolution passed by Cabinet meeting held at Sultanpur Lodhi last week in which the Chief Minister and Ministers unanimously appealed the farmers to do away with the unhealthy practice of stubble burning in line with upholding the Sri Guru Nanak Dev ji’s ideology to protect natural resources.

Describing the serious ill-effects of stubble burning, Secretary Agriculture KS Pannu mentioned that due to stubble burning, 30 kg of nitrogen per hectare, 13.8 kg of phosphorus, 30 kg of potassium, 6.48 kg sulphur, 2400 kg carbon and several useful microbial organisms are perished in fire besides resulting in environmental pollution.

Highly appreciating the efforts of Punjab progressive farmers who had been recently honoured by Government of India in New Delhi for adopting in-situ crop residue management during National Conference of Farmers, Mr. Pannu also called upon all the farmers to replicate the modern practices propagated by these innovative farmers so as to emerge Punjab as ‘Zero stubble burning state’.

While highlighting various pro-active measures initiated by the State Government to encourage the farming community to restrain from burning crop residue, Mr. Pannu revealed that nearly 28,000 residue management machines would also be provided to farmers involving a subsidy component of Rs. 274 crore during current fiscal, adding that subsidy ranging from 50 to 80 percent is being provided under this scheme.

He also pointed out that the State government had already provided over 28,000 such machines to farmers with a subsidy element of Rs. 269 crore last year. With the concerted efforts coupled with whole hearted support and cooperation from farmers, positive results were forthcoming which was reflective from the fact that majority of farmers were switching over to in-situ crop residue management from the conventional paddy straw burning, he added.