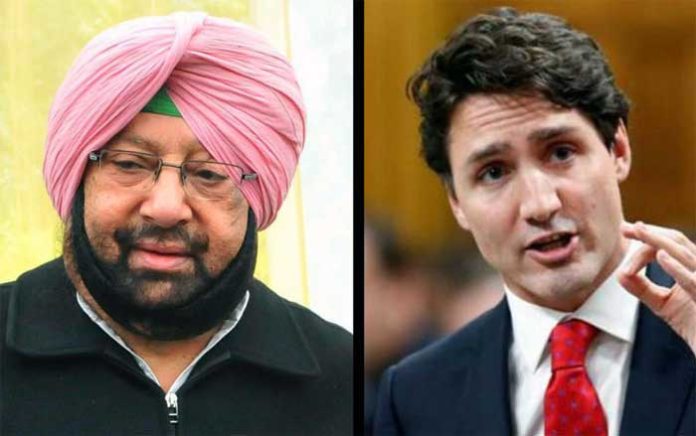 Punjab Chief Minister Captain Amarinder Singh has lambasted the Canadian government for its overt and covert support to the Khalistani movement, warning that Toronto’s failure to check anti-India activities being carried out from its soil would be detrimental to its own security and interests in the long run.

Citing the findings of the John Major Commission into the 1985 Kanishka bombing as a clear endorsement of Canada’s failure to act against the Khalistanis operating from its soil, the Chief Minister said by allowing the conspirators of the ‘mass murder’, the Canadian government had exposed its true intent. It was more than apparent that Canada had been extending its support to Khalistanis despite New Delhi’s protestations.

The Commission has, in its report, itemized the systemic biases of investigative, intelligence and prosecution agencies, to point out that: “Despite the principal conspirators being put under surveillance well before the bombing, their conversations recorded, their acquisition and testing of explosives witnessed by state agents, and ample and repeated warnings that they intended to bomb a specific flight, Canadian agencies failed to act at each stage, and at a scale that cannot be explained away as mere ‘errors’, but that appear to have the taint of intentional negligence, if not collusion.”

Pointing out that he himself had been raising the issue with the Canadian government, the Chief Minster noted that he had in fact given a list of wanted terrorists in Canada to Prime Minister Justin Trudeau during the latter’s India visit last year. The lack of response from their government so far has exposed their intent, he said.

The Chief Minister further cited reports the 2018 Public Report released by the Canadian Security Intelligence Service (CSIS) to express concern over the fact that anti-India threat-related activities had been on the rise within Canada.

The report itself points out these activities constituted a threat not just to the target country, India, but also one to the security of Canada, noted Captain Amarinder Singh, adding that support to any kind of violence or terrorism would eventually be devastating for the entire global community, including nations that are blatantly backing them.

Captain Amarinder Singh urged the Narendra Modi government at the Centre to take serious cognizance of these reports/disclosures to mount global pressure on Canada to put an end to the use of its soil to unleash terror against India, particularly the Sikh community being targeted by Khalistani terrorists.

India had, for too long, been soft towards Canada and needed to crack its whip aggressively, even seek UN sanctions if needed, to end the growing threat once and for all, the Chief Minister stressed.

He also expressed concern over the manipulation, and disinformation being spread, on social media to influence the young and vulnerable sections of the Sikh community against India. The Indian government should take urgent and strong steps to control and counter such misuse of the social media, he asserted.