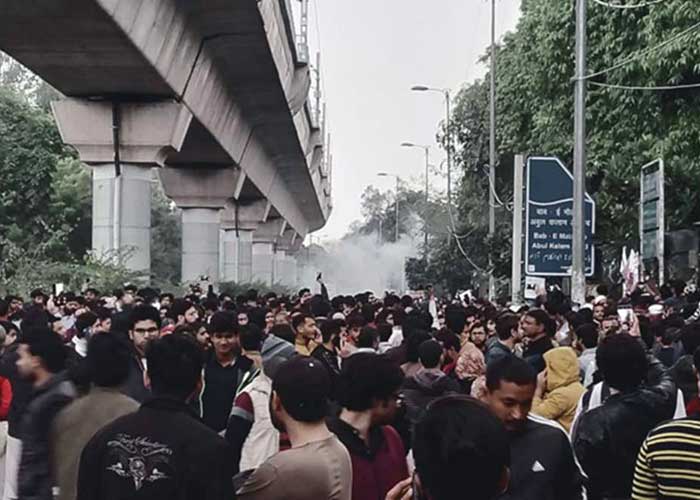 A fact finding team of People’s Union on Democratic Rights on the violence in Jamia Millia Islamia said its report has found that there were two attacks by the police on the protesters at Jamia with the first one on December 13.

The PUDR report said “that ahead of December 15 the police stopped the protesters on 13th and lathicharged and tear gassed them while they were trying to march towards Parliament.”

The report said that students were protesting since December 12. The fact finding team met the student eyewitnesses and other individuals.

It said that the use of police force was unwarranted as the police say that this was to only stop stone pelting, but the use of force and firing of 400 teargas shells and people being beaten on the head and abdomen shows otherwise.  (Agency)