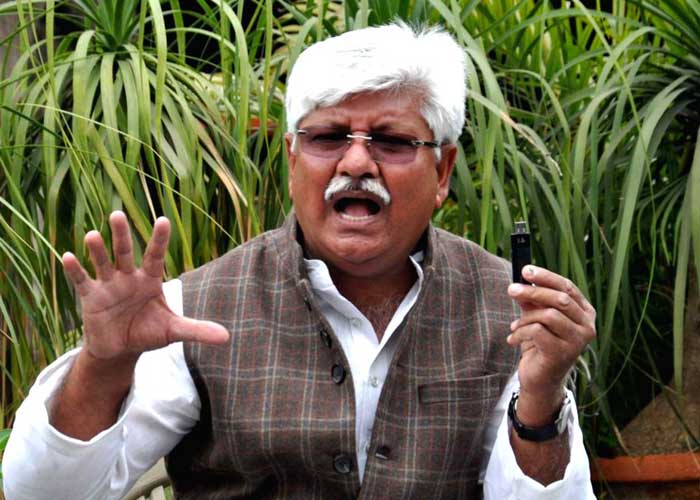 Former Congress legislator Asif Mohammed Khan, named in the FIR for Sunday violence in south Delhi, here on Wednesday, claimed that the police refused to arrest him as the case had been transferred to the crime branch.

The former Okhla MLA had gone to the Jamia Nagar police station to surrender. Later, addressing supporters outside the police station, Khan said the protest would continue till the people wanted.

He said, “We condemn violence and the police need to show restraint. They committed barbarity on Jamia students. It’s not acceptable, we oppose it.”

While the ex-MLA said the protest in Shaheen Bagh would continue till people desired, the police said people were protesting peacefully.

Khan’s name appeared in the police FIR after Jamia violence on Sunday. He is accused of rioting, provoking people, obstructing government work and attacking policemen.

For the ex-Congress MLA, eyeing a party ticket for polls, it’s a political turnaround movement as he is back on the centre stage. He lost 2015 Assembly elections to AAP‘s Amanatullah Khan.

The naming of Khan in the FIR will make him a favourite in the area, said Irfan Bittu, a local Congress leader.  (Agency)